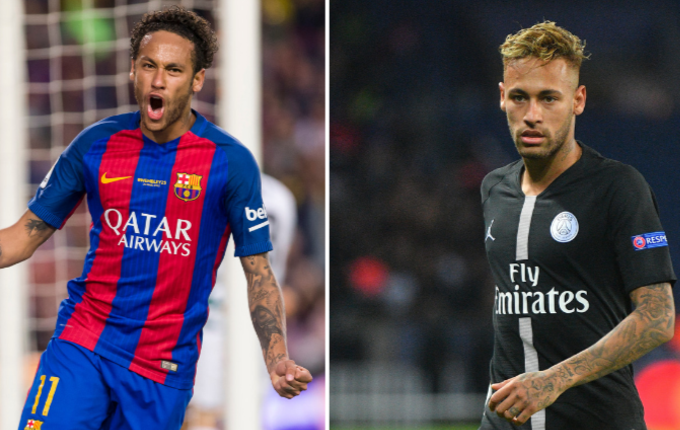 Beleaguered Neymar, has informed PSG president Nasser Al-Khelaifi he wants to return to Barcelona this summer, according to Catalan sources.

Mundo Deportivo says Neymar made it clear to Al-Khelaifi that he’s had enough of life in Paris.

“I do not want to play here anymore, I want to go back to my house, where I should never have left,” he is alleged to have said.

In Brazil, GOL reports Neymar’s minders are now in Catalonia house-hunting for the Brazil captain.

On Tuesday, it was suggested Barca would offer €100m cash plus Ousmane Dembele, Ivan Rakitic and Samuel Umtiti in exchange for Neymar.

And this morning, El Mundo says Barca would be willing to buy Antoine Griezmann from Atletico Madrid and immediately send him to PSG in part-exchange for the Brazilian.