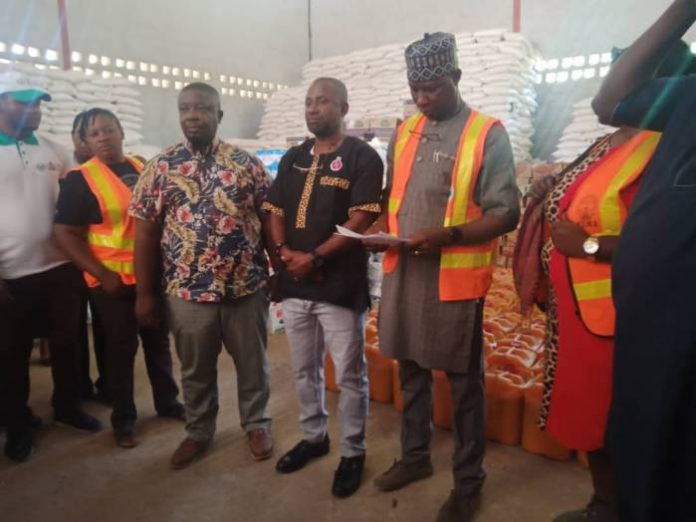 Handing over the items to state government at the State Emergency Management Agency, (SEMA) Secretariat in Makurdi, the Director General of NEMA, AVM Mohammed Mohammed, said they came with about 26 line items to provide succour to the victims.

Represented by the North Central Coordinator, NEMA, Eugene Nyelong, the DG explained that the agency had carried out impact assessment of areas affected by the flood, adding that enumeration was done in four local government areas of Otukpo, Agatu, Makurdi and Guma with all the critical stakeholders.

He urged the state government to ensure that the items are distributed directly to the beneficiaries saying NEMA team is also on ground to see that it is done transparently too.

While noting that disaster is a natural occurrence, he called for continuous sensitization of citizens in the communities for their safety.

Receiving the items on behalf of state government, the Executive Secretary SEMA, Mr. Emmanuel Shior said in spite of the widespread sensitization and efforts to stem the tide of flooding, it still devastated some communities which calls for the intervention of NEMA.

He also intimated that the Ministry of Humanitarian Affairs had given five trucks of grains which will be distributed to all the internally Displaced Persons (IDPs) camps and refugee camp in Kwande.

Shior stated that as a humanitarian agency, SEMA has its mandate to stock its warehouses with materials for any emergency but because of the recent ENDSARS protest, government is completely to empty its stores.

The Executive Secretary who noted that flooding has become a perennial occurrence in the state, thanked the federal government which had through NEMA, continued to send relief to cushion the effects of disaster situations in the state and pledged that the items will get to the victims.

Speaking on behalf of the benefiting local governments, the Chairman of Otukpo LGA, Mr. George Alli thanked NEMA for the relief items and also assured that the items will not only be given to the real victims but will be distributed honestly.