This is contained in a statement by the Director, Media and Advocacy, NDLEA, Mr. Femi Babafemi on Sunday in Abuja.

Babafemi said that the consignment was weighing 90 kilograms and loaded into a commercial bus with registration number RSH 691XC at Ojuelegba in Lagos.

He said that the consignment was intercepted during a stop and search operation along Umuahia – Ikot Ekpene highway on Saturday August 6.

He added that the dangerous drug packed 30kg in each drum was meant for Pastor Anietie Okon Effiong, who was arrested in a follow up operation at Oron beach in Oron. 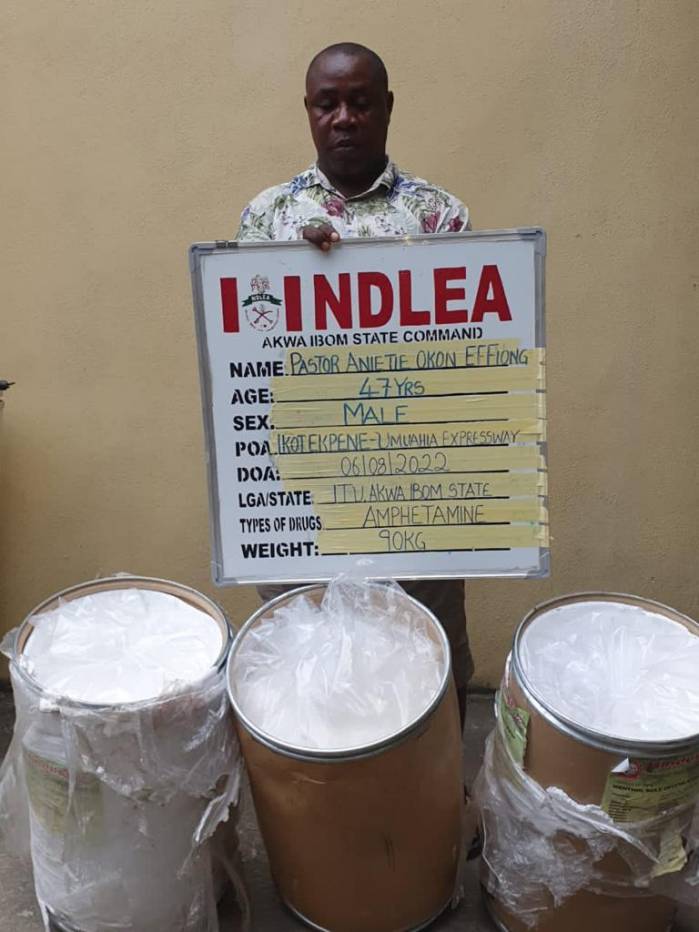 He also added that the recovered Meth drums were meant for onward delivery to the Republic of Cameroon.

“This comes on the heels of four seizures of the same illicit substance weighing 4.074kg going to Australia, Indonesia and Philippines.

“This also comes with a 3kg cannabis sativa heading to Dubai, United Arab Emirates at some courier companies in Lagos.

“The consignments were concealed in body cream, hot burner iron and beads, ” he said.

The NDLEA spokesman quoted the Chairman, NDLEA, retired Brig. Gen. Buba Marwa as commending the officers and men of the command in Akwa Ibom for their recent feats. (NAN).