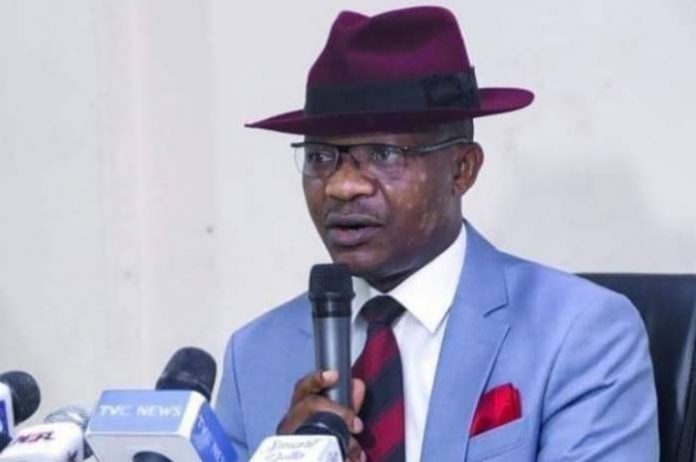 The Delta State Commissioner for Information, Charles Aniagwu, on Monday, said the Niger Delta Development Commission, NDDC, had failed to develop the region because ruling political parties had turned the interventionist agency to a political tool.

Aniagwu who spoke on ‘Kakaaki’ on Africa Independent Television, AIT, monitored in Asaba, said the NDDC over the years had failed to deliver on the Niger Delta Development Master Plan because subsequent governments had turned the Commission to a “cash cow” to fund elections and feather the nests of those in power at the federal level.

He called on the mass media in Nigeria to continue to set the agenda rather than propagating the agenda set by those who are in politics.

According to him, the Mass media should be asking questions on what was budgeted, what was supposed to be done, how where the funds expended, whether development targets were met.

He said there was nothing to celebrate on the release of the Forensic Audit report of the NDDC until people who mismanaged the resources of the Commission over the years were brought to book.

“I don’t want to dwell on very cheap talks and to begin to celebrate that the NDDC Forensic Audit is out.

“I was a reporter in DBN television when NDDC was set up by President Olusegun Obasanjo. The NDDC developed a master plan for the region with 24 thematic areas.

“As a reporter then, I was also part of those who covered the first meeting to develop the regional development master plan.

“We also covered a whole lot of stakeholders meeting in Port Harcourt to put together a master plan that was to define what the NDDC is meant to do and achieve in line with the aspirations of the people and indeed the objectives behind the setting up of the Commission.

“In the development master plan that came out after series of amendments, there were 24 thematic areas that the NDDC said it was going to address the issues of development in the Niger Delta ranging from entrepreneurship programmes for the youths, remediation of the environment, linking of communities by roads, telecommunications and a whole lot of others.

“So if we are going to judge the NDDC, we should be able to ask ourselves to what extent had the NDDC been able to develop along that line.

“What we have seen over the years is that the NDDC has become more like a political tool to fund elections for those in power at the centre.

“It didn’t just happen under the APC government, it also happened during the PDP government at the national level.

“Then we even had a Board but now that you have a leadership of the Commission that doesn’t bother to ask the people what they needed of course we will progress to the era of having emergency projects whose purpose is to serve the interests of those in authority.

“Because the Federal Government and the oil companies had not met its obligations to the NDDC nobody had the political will to ask why it has not met its objectives,” Aniagwu lamented.

He said the law setting up the NDDC was clear in setting up a governing Board for the Commission, adding that running the agency with interim management or sole administrator was a clear violation of the law.

“When you have the Board you have people from various states representing the interests of their people, but where you don’t have a Board and you have one man running the Commission, you will have a situation where projects are awarded without the input of the people.

“Once we have a law in place we must prevail on the government to always operate within the confines of the law,” Aniagwu stated.

The Delta Information Commissioner said to quell agitations from oil producing communities in the state, Governor Ifeanyi Okowa took development to oil producing areas in the creeks to ensure peace for optimum oil production in the region.

He said the State Government also held town hall meetings to ascertain what the people wanted and worked in line with the demands of the people which had ensured relative peace especially in the riverine areas of the state.

“The best way for the President to leave office is to ensure that all of the governance failures in the past six years were corrected,” Aniagwu stated.

On ban on open grazing by Southern Governors, Aniagwu said a law that will regulate breeding, raring and marketing of livestock in the state was before the State Assembly and would be passed when they resume from their annual recess.

“We are making arrangements for space of land like 5,000 hectares of land in every local government area for the purpose of setting up ranches and collocation of facilities because the ranches are not going to exist in the air,” the Commissioner stated.