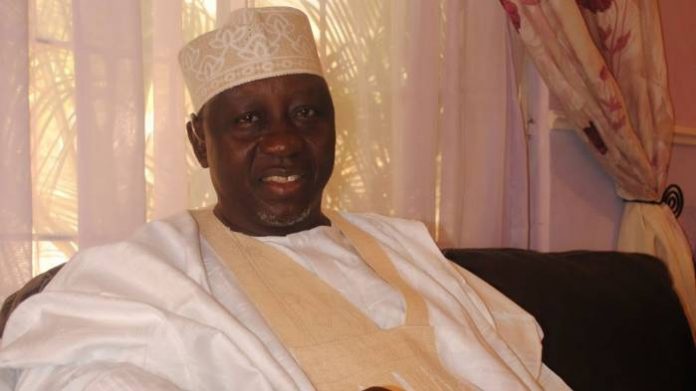 The All Progressives Congress (APC), South Africa chapter, has suggested the election of a woman as the national chairman of the party during the yet-to-be fixed national convention.

Mr. Bola Babarinde, Chairman of the chapter, stated this on Thursday in a statement made available to the News Agency of Nigeria (NAN) in Lagos.

The APC’s Caretaker and Extra-Ordinary Convention Planning Committee (CECPC) is yet to fix a date for the party’s national convention to produce the National Working Committee (NWC).

Babarinde said: “As committed members of APC, we wish the party success in all forthcoming elections and hereby advise parties involved to shun ego and support APC wholeheartedly.

“We advise that the current caretaker committee be disbanded, for us to move forward and avoid delicate future for the party.
‌
‌”APC is endowed with men and women of virtues that can lead our party to greatness, why not try a woman now to be our next National Chairman.”

“ANC is the biggest and oldest political movement in Africa, a woman is saddled with the day-to-day running of the organisation why not in Nigeria.

“Our women are capable and experienced to be given such opportunity.

‌”This decision to put forward a woman as chairman of APC will be a win win situation for all,” he said.
‌
He noted that the constitution of CECPC led by Gov. Mai Mala-Buni of Yobe, though with good intentions, nearly cost the party the governorship seat in Ondo State in recent Supreme Court judgment.

According to him, Gov. Oluwarotimi Akeredolu of Ondo State escaped by a whisker due to the oversight of Eyitayo Jegede’s legal team that failed to join APC’s CECPC Chairman, Gov. Mai Mala-Buni, in the suit.

‌He described this as “a yellow card for APC Caretaker Committee.”

Babarinde said: “Now the supreme court gave a judgment which indirectly invalidated the caretaker committee with interpretation by legal great minds in Nigeria.

“The honourable thing to do by its chairman is to resign his elective office as governor and be reappointed or elected as Chairman of APC.

“We use this opportunity to thank the current caretaker committee members for their service to the party and it will be on record that they did their best and we wish them good luck.”

‌He urged chieftains of the party to always offer “honest advice” on how to move the party forward. (NAN)