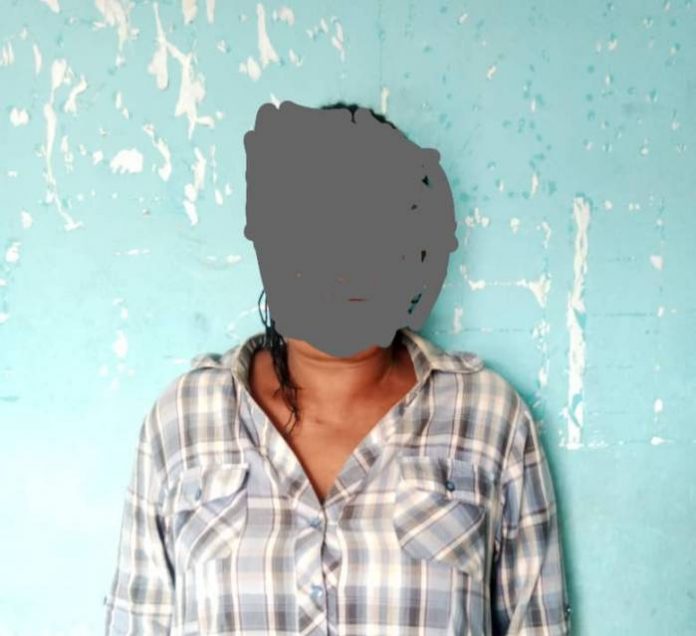 The National Agency for the Prohibition of Trafficking in Persons (NAPTIP), Makurdi Zonal Command, has arrested a 49-year-old woman, Augustina Ikyor, for deceiving a single mother and adopting her two months old twin babies in Benue state.

The NAPTIP Commander, Makurdi Zonal Command, Mrs Gloria Bai, who disclosed this in a statement made available to journalists in Makurdi, said the babies have been rescued and put under safe custody.

She stated that “On Tuesday 11th October 2022, at about 1700hrs, the Makurdi Zonal Command of the National Agency for the Prohibition of Trafficking in Persons, (NAPTIP) received a complaint from a distressed 22 years old mother of twins who alleged that her twin babies of about 2 months old were deceitfully taken from her by a woman she barely knew.

“The woman had previously demanded she sell off her twin babies since she had been thrown out of where she was staying.”

She said the young mother had rejected the offer but under the guise of assisting her, the woman took the twins from her to an unknown destination.

The commander said that on receiving the information, a tactical team of operatives from the command was immediately detailed to handle the matter and in a swift sting operation, one Mrs. Augustina Ikyor, 49 years old was arrested and the twin babies, a boy and girl, were rescued.

Mrs Bai said the mother and babies are currently in safe custody while a detailed investigation is ongoing to ascertain the level of involvement and unravel other accomplices.

She called on members of the public to lookout for people who lure young girls, mostly single mothers, to sell their new born babies under the guise of “assistance”.

She said “Please report to NAPTIP any suspicious act for necessary actions. I also want to serve a note of warning to those in the act of Human Trafficking and Sale of Babies’ business in Benue State to desist from the evil act or be prepared to face the wrath of the law.”

Mrs Bai advised the people to report issues of human trafficking through the agency’s toll free line 07030000203, short code 627 or via email at [email protected]