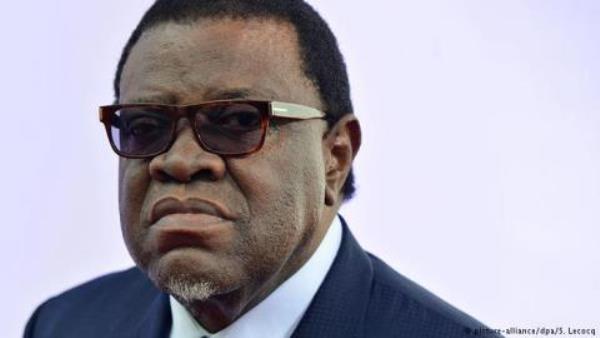 Namibia has banned all cabinet ministers, their deputies and other political office holders from travelling abroad due to financial constraint.

President Hage Geingob of Namibia issued the directive and hopes to lift the ban by the end of February 2018.

Presidential Press Secretary, Mr. Albertus Aochamub, said that the move was in concert with Geingob’s clarion call to caution in public spending.

“This directive is specifically in the interest of curtailing public expenditure.  No request for outbound travel by Ministers, Deputy Ministers and other Political Office Bearers will be considered until after the end of February 2018. This directive is with immediate effect,” announced Aochamub.

“The president has lead by example on containing his own travel expenditure by only undertaking absolutely critical outbound travel, and with smaller delegations since assuming office almost three years ago.”

President Geingob has stopped travelling in his presidential jet. In December last year, he used scheduled commercial flights to go on vacation.

And last week, he travelled with Ethiopia Airways to attend the AU Summit in Addis Ababa.

The Namibian leader has access to an executive Lear jet 75, bought for N$150 million from Canada’s Bombardier Aerospace in September 2014.

The government also bought a Falcon 7X jet in October 2011.

In addition, the government also has two executive helicopters – AS-350.