Home News Top News How much Sex is too much? 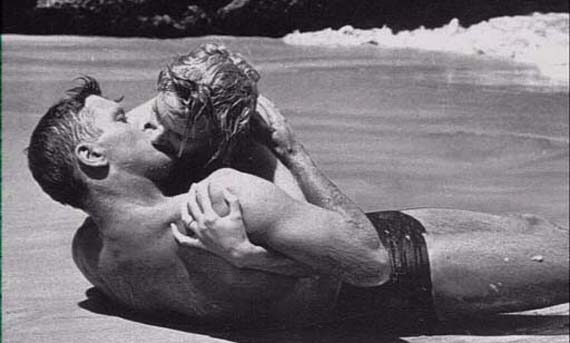 Maybe you’ve skipped dinner and gone straight for dessert, but if you’re skipping all of your meals (and other vital to-dos) to have sex instead, you might be having too much of it.

While science suggests sex can improve mood and decrease anxiety by reducing stress signals in the brain, it’s possible doing the deed can interfere with leading a healthy life. Don’t get us wrong: Sex is a normal, healthy, fun part of adult life. In fact, Ian Kerner, Ph.D., a sex therapist, says sexual attraction and sexual compatibility are the basis of many successful relationships. Thinking with our nether regions may be natural, but continually acting on those thoughts while the laundry piles up may be the sign of a dilemma. So how much sex is ideal, and how much is too much?

Kerner says most couples in a relationship should be having sex at least once per week. Couples therapist Barry McCarthy, Ph.D., agrees that once or twice a week makes for a healthy sex life. During the infatuation stage (a.k.a. the honeymoon stage, when two people can’t stop thinking about each other) couples often have sex every time they’re together, Kerner says. And when couples first move in together, the frequency of sex increases, but only temporarily.

But with all that rubbing, sex can get a bit uncomfortable. After all, women’s bodies don’t stay lubricated eternally. If there’s pain or numbness, it’s smart to slow down or call it quits for the night. Using lubricant can also make for more pleasurable sex by cutting down on painful friction, and can actually help ensure safe sex because it makes condoms less likely to break.

How Much Is Too Much Sex?

If sex gets in the way of leading a healthy life, it may be part of a more serious issue. If your sexual impulses feel out of control, or you’re having sex to avoid feeling lonely or depressed, or you’re having sex despite risky consequences (like contracting an STI or losing a partner), this might be the sign of a problem.

Sex obsession—sometimes called hypersexuality, compulsive sexual behaviour, sex addiction—is a subject still up for debate. While many sources maintain that sex addiction is a psychiatric disorder, a study published in 2013 suggests that much of the time, hypersexuality is really just high desire and not necessarily a medical issue. Regardless, if sex is being used as a substitute for dealing with a real issue, it’s best to consult a doctor or therapist.

At the end of the day, it comes down to quality over quantity. Having sex daily doesn’t mean it’s too much, so long as both partners enjoy it, Kerner says. But if partners are regularly having sex and one person feels more satisfied than the other, sex can start to feel like a chore for the less-satisfied party.

And remember that compromise is key: Instead of singling out one person for his or her sex drive, research suggests it can be helpful to assess the couple’s collective desires and meet in the middle.

As funny and un-sexy as it sounds, it may even be smart to schedule sex so the lower libido partner doesn’t feel pressured, and the higher libido partner doesn’t feel rejected. That said, if you ever feel overwhelmed (either physically or emotionally) by the kind or amount of sex you’re having, let your partner know you need a break. Sex can be dangerous if there’s any sort of pressure or force to do something with which either party isn’t comfortable.

Having sex on the regular is part of a healthy, normal adult life. But when sex gets in the way of your day-to-day, it might be time to seek professional help from a doctor or therapist. Our appetites for sex grow and shrink, and successful couples need to manage those ups and downs. Sometimes libidos will match up, but when they don’t, Kerner says we need to take responsibility for our sexuality by enjoying ourselves by ourselves.