Home Entertainment Mr. Eazi Warns Youths Not To Get Carried Away 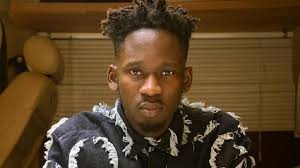 Nigerian musician, Oluwatosin Ajibade, better known by his stage name, Mr. Eazi, has advised Nigerian youths not to get carried away by what he described as “the old governors and government people coming out to speak like they are not part of the problem.”

In a series of tweets, he said as far as he was concerned all those coming out to air their opinions on how to move the country forward had been part of the problem the country is facing now.

He said: “Guys pls don’t get it twisted all these old Governors & Government people coming out to speak like them righteous are all part of the problem!!

“They started this!! They might have not killed us with Gun but they killed us for years with corruption #ENDBADGOVERNANCE.