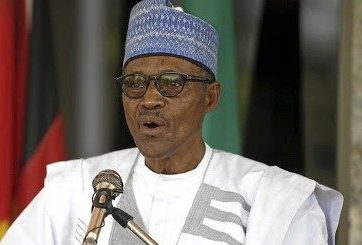 The Coalition of United Political Parties, CUPP, has called for the immediate sacking of all service chiefs even as it alleged that heads of security agencies in Nigeria have become more interested in obtaining intelligence on the meetings of opposition leaders than on the activities of Boko Haram.

The opposition group in a statement by its spokesman, Ikenga Ugochinyere, also called for the immediate sacking of the Inspector-General of Police, Chairman of the Economic and Financial Crimes Commission and Comptroller General of Customs whom it claimed “have at one time or the other been found playing politics with their offices instead of doing their jobs with every sense of neutrality.”

SERAP on the one hand says the military’s inability to respond adequately to the Boko Haram insurgency suggested a “mismanagement in the spending of the country’s defence budgets,” and therefore called for the establishment of a commission of inquiry to investigate how defence and military budgets have been spent since 29 May, 1999.

According to it, this would help Nigerians to know if the funds meant to defend the country and for the purchase of arms to empower Nigerian soldiers to fight Boko Haram have been transparently and accountably spent.

SERAP made its position known in an open letter by its Senior Legal Adviser, Bamisope Adeyanju, on Sunday.

Reacting to the killing of soldiers attached to 157 Task Force Battalion, Metele, on November 18, it said it regretted that the incident happened on the same day some service chiefs attended a political function organised by the ruling All Progressives Congress at the Presidential Villa, Abuja.

CUPP spokesman posited that it was obvious the service chiefs were beyond the reach of their subordinates and couldn’t give instructions and coordinate backup and air support for the troops who were left to die.

“From the attack in Jili in July where we reportedly lost over 200 soldiers to Zari in August, Mainok and Kekeno and now Metele, this is one attack too many.

“This is a national disgrace, especially with the loud mouthing of an outgoing regime which had claimed the group was degraded and technically defeated after alleged misappropriation of billions of dollars.

“CUPP is shocked also by the dishonourable silence of the Federal Government on the attacks which only became prominent on the social media after the terrorist group released very gory videos of some of these attacks.

“For President Buhari to only summon service chiefs for a briefing five days after such a calamity clearly shows the slow response time of this administration to national emergencies and the lack of capacity to meet up with the fast pace of developments which affect the lives of citizens.

“We hereby call on President Buhari to salvage the last vestiges of honour left for his regime by immediately sacking the service chiefs, the Inspector-General of Police, Chairman of the Economic and Financial Crimes Commission and Comptroller General of Customs who have at one time or the other been found playing politics with their offices instead of doing their jobs with every sense of neutrality.”

Ugochinyere said further: “The police and State Security Services are now more interested in hounding and intimidating opposition leaders and activists than they are in identifying and neutralising the activities of the terrorist group.

“Boko Haram is now allegedly expanding their territory even beyond the territories they held in 2014 before they were pushed back just before the 2015 general elections.

“The ugly report that the fallen Metele military camp is the last camp in the entire Northern District of Borno State raises a red flag and calls for concerted action to reverse it.”

For SERAP though, the inability of the Nigerian troops to respond adequately to attacks by insurgents can be traced to inadequate arms.

It said in the openletter: “We believe that referral of the cases to the ICC would serve as a deterrent and ensure that Nigerians, particularly those in the North-East of the country whose human rights, including the right to life, to human dignity, and to an adequate standard of living have been violated, are not denied justice and effective remedies.

“SERAP is concerned that several billions of naira allocated to the military to defend the country have neither contributed to improving the ability of Nigerian soldiers to fight Boko Haram and other armed groups nor provided the much-needed security, especially for Nigerians in the North-East of the country.”

The group called on the President to quickly implement its recommendations as a way of demonstrating his government’s commitment to end “the perception of the lack of transparency and accountability in the spending of military budgets in the context of the conflict in the North-East and to ensure the safety and security of our soldiers and all Nigerians in that part of the country,” adding that “the military’s inability to respond adequately to the Boko Haram insurgency suggests among other things mismanagement in the spending of the country’s defence budgets.

“Establishing a commission of inquiry to investigate how defence and military budgets have been spent since 29 May, 1999 would help Nigerians to know if the funds meant to defend the country and for the purchase of arms to empower Nigerian soldiers to fight Boko Haram have been transparently and accountably spent.”