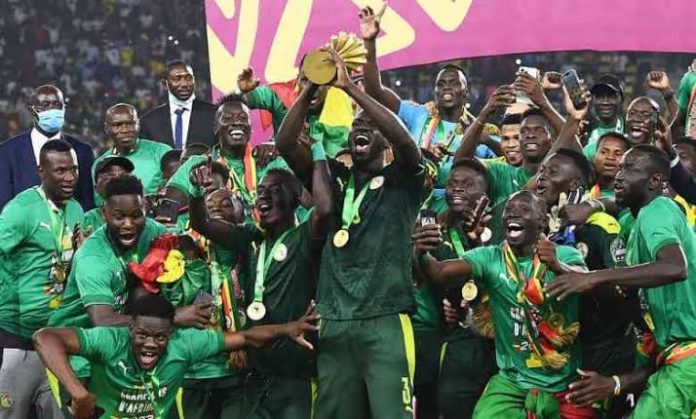 Sadio Mane made up for an earlier penalty kick miss with the decisive kick on Sunday in Yaounde as Senegal claimed their first Africa Cup of Nations (AFCON) title.

They claimed the title with a 4-2 penalty kick shootout win over Egypt at the Olembe Stadium in the final match of the 2021 AFCON in Cameroon.

The Lions of Teranga were beaten in the 2019 final by Algeria, but they belatedly got their hands on the trophy after a dramatic shootout victory.

This was after a largely dour goalless 120 minutes though.

Mane had seen a seventh minute penalty kick saved by Mohamed Abou Gabal and he was fortunate to still be on the pitch for the shootout.

That was after he had avoided a second yellow card for a clear dive.

But Liverpool forward had the last laugh, though, powering low past Abou Gabal after Edouard Mendy had kept out Mohanad Lasheen’s tepid effort from 12 yards.

But the hero of the night could be Abou Gabal who made three good saves from Senegal’s Bamba Dieng in extra time.

He had already saved four penalty kicks at the tournament by the time the match went to a shootout, against Côte d’Ivoire and hosts Cameroon.

But on this occasion the 33-year-old ended on the losing side.

Egypt were the first to err when centre-back Mohamed Abdelmonem saw his penalty kick hit the left-hand upright and bounce away, only for About Gabal to immediately deny Bouna Sarr.

However, Lasheen saw his effort saved and Mane won it with an emphatic finish into the bottom left-hand corner.

That meant his Liverpool team-mate Mohamed Salah did not even have the chance to take a penalty, with the Pharaohs captain set to go fifth for his side.

Senegal had previously lost two AFCON finals, finishing runners-up in 2002 and 2019, and it is now time for Mane and the rest of the Teranga Lions squad to celebrate.

But Egypt will soon have a chance for revenge, with the two sides meeting again next month in a two-legged play-off for a spot at the 2022 FIFA World Cup in Qatar.

Sunday’s match had been dubbed a head-to-head battle between two Liverpool team-mates.

The match saw a free-flowing Senegal side with Mane as its attacking spearhead, against Salah’s compact and defensively-minded Egyptian outfit.

The West Africans were handed an early chance to take a lead when Abdelmonem lunged in on Senegal left-back Saliou Ciss in the seventh minute.

Mane had words with Abou Gabal before placing the ball on the penalty kick spot, appearing to tell the goalkeeper to get back on his line.

But while the 29-year-old blasted his attempt just to the left of centre, the goalkeeper dived the right way and punched the ball clear.

Salah was well-marshalled by the Senegal defence and only had two efforts in the first half, forcing Mendy into a good save with the second.

The second half became somewhat fractured as record seven-time champions Egypt, with coach Carlos Quieroz absent from the touchline through suspension, looking to break up play.

Extra time was more lively as Senegal looked to take the game to their opponents, and Dieng saw a low, angled effort pushed away, and a good downward header clawed behind.

The substitute then had a long-range effort pushed behind before Mendy tipped over a fierce shot from Marwan Hamdy with three minutes remaining.

However, it was a fitting win for Senegal who have been Africa’s top-ranked side for the past three years under Aliou Cisse.

READ ALSO: Woman Drags Husband To Court For Attempting To Choke Her To Death

As a player, he missed a crucial penalty kick in the 2002 final defeat and was in the dugout for their loss three years ago.

Now Mane was instrumental in their landmark success in Cameroon, having scored three goals at the tournament and set up another two.

In contrast, Salah’s influence waned as the contest went and he ended on the losing side for the second time in a Nations Cup final.

He was part of the team which lost to Cameroon in 2017.

The Pharaohs went out in the last 16 on home soil three years ago but will not have too long to wait for the next tournament.

It is due to take place in Côte d’Ivoire in June and July next year.(dpa/NAN) 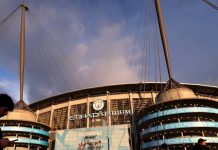 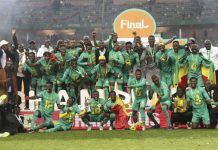 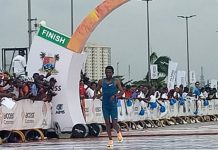