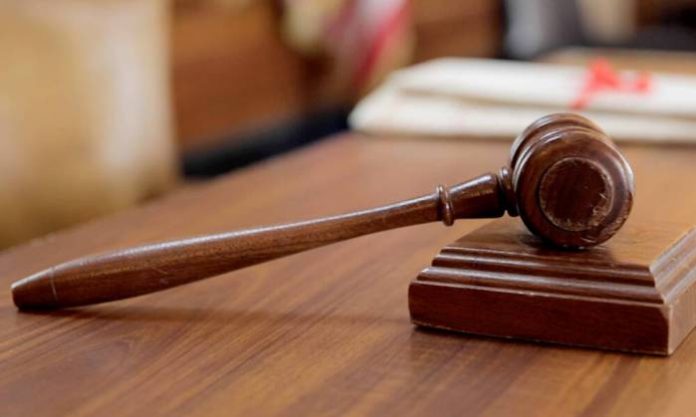 A 25-year-old man, Ezekiel Kingsley, was on Wednesday arraigned in a Kaduna Chief Magistrates’ Court for allegedly stealing a laptop and cell phone, all valued at N250,000.

Kingsley, a resident of Ungwan Rimi, Kaduna is standing trial on a two-count charge of conspiracy and stealing.

The prosecutor, Insp. Chidi Leo, told the court that one Tony Moses of Kinkinau Kaduna State, reported the matter at Gabasawa Police Station on Feb. 20.

According to the prosecutor, the defendant conspired with two others now at large and broke into the apartment of the complainant, to steal a laptop and cell phone,  worth N250,000.

He said that the defendant was caught by the complainant’s neighbour who saw them  acting in a dubious manner.

Leo said that the defendant’s accomplices escaped with the phone while he was apprehended with the laptop and taken to police station for further questioning.

The offences contravened Sections 59 and 79 of the Kaduna State, Penal Code Law, 2017.

Magistrate Ibrahim Emmanuel granted the defendant bail in the sum of N100,000 with one surety in like sum.

He ordered that the surety must reside within the jurisdiction of the court and must submit two passport photographs.

Emmanuel adjourned the case until March 10 for hearing.(NAN)