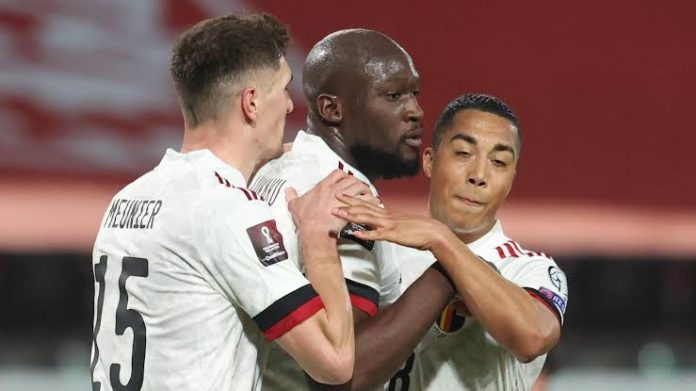 The impressive Lukaku struck in the first half at King Baudouin Stadium on Sunday to give the Red Devils a deserved victory.

Injury-blighted Hazard came off the bench late on to make his first Belgium appearance for 19 months.

This has come just six days before Roberto Martinez’s side face Russia in their first match of the European Championship.

Zlatko Dalic’s Croatia side lacked a cutting edge in Brussels a week prior to their opening game of Euro 2020 against England at Wembley.

Croatia started positively but the Red Devils started to look increasingly threatening, Nacer Chadli blazing over the crossbar from outside the penalty area.

Lukaku was proving a real handful and the striker rattled the post with a left-footed strike after turning sharply, with Yannick Carrasco heading against the crossbar following up.

Croatia were made to pay by Lukaku seven minutes before the break after some slack defending.

The prolific Inter Milan frontman drilled home with his right foot from six yards after Jason Denayer nodded the ball into his path.

Bruno Petkovic twice called Thibaut Courtois into action early in the second half as Croatia went in search of an equaliser.

Carrasco spurned a good opportunity to double the Red Devils’ lead when he sliced wide and a Lukaku header deflected off target.

Croatia boss Dalic made a whole host of changes in the second half, but Belgium saw out the victory and Real Madrid man Hazard gave them another lift when he came on with nine minutes to go.

Hazard was given a short outing and Lukaku came close to a second goal when his close-range header was superbly kept out by Dominik Livakovic.

Josip Brekalo could have snatched a stoppage-time equaliser, but his shot was well saved by Courtois as Belgium held on for the win.(dpa/NAN)