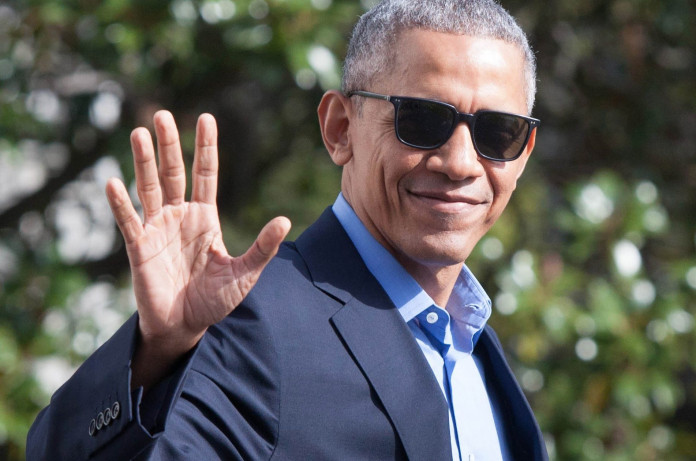 Nine introspective letters former President Barack Obama wrote to his college girlfriend offer a closer look at the former president’s formative years as he struggled with identity, loneliness and hopes for the future.

“It seems we will ever want what we cannot have,” Obama wrote to Alexandra McNear during a trip to Indonesia in the summer of 1983, when he was confused about his feelings and the nature of their relationship, the New York Times reports. “That’s what binds us. That’s what keeps us apart.”

The letters were obtained by Emory University’s Stuart A. Rose Manuscript, Archives, and Rare Book Library.

The notes were written by Barack Obama to McNear from 1982 to 1984, and document some of Obama’s time at Columbia University, his travels to Indonesia, and the early months of his employment at Business International, according to the university.

Obama began dating McNear while they were both students at Occidental College in Los Angeles, and the long-distance relationship continued after Obama transferred to Columbia University in New York City as a junior. The pair continued to date after they both graduated, but the letters reveal the complexity of their bond.

“Their relationship, at the point that we’re reading it, is very intellectual and they’re clearly struggling with each other,” Andra Gillespie, an associate professor of political science at Emory University, told the Times. “They’re both trying to find themselves and they’re having tough intellectual conversations with each other.”

For example, in one letter Obama responds point by point to a previous letter from McNear, who is sorting out complicated emotions.

“I trust you know that I miss you, that my concern for you is as wide as the air, my confidence in you as deep as the sea, my love rich and plentiful,” he writes, before signing the note “Love, Barack.”

“Your call gave me a boost,” he wrote then. “Somehow a clutter of numbers and appointments and bills had grown over your last letter. Hearing your voice was like discovering a passage in a book I had read a while ago.”

READ ALSO: What (not) to do on a first date

Portions of the letters have been published in a 2012 biography, but the notes will now be made public to researchers through the university. The school has had the letters since 2014.

Along with the romantic lines written to McNear, Obama lamented the salaries of community organizing and wrote of his desire to make a difference in the world.

“My ideas aren’t as crystallized as they were while in school, but they have an immediacy and weight that may be more useful if and when I’m less observer and more participant,” he wrote in 1984, according to the AP.

In another letter, Obama admits he’s a bit adrift as he sees friends pursue their paths — one college friend preparing to marry and take over the family business, while a high school pal manages a supermarket and splurges on items including TVs and new cars.

“I must admit large dollops of envy for both groups, my American friends consuming their life in the comfortable mainstream, the foreign friends in the international business world,” Obama told McNear. “Caught without a class, a structure, or a tradition to support me, in a sense the choice to take a different path is made for me.

“The only way to assuage my feelings of isolation are to absorb all the traditions, classes, make them mine, me theirs. Taken separately, they’re unacceptable and untenable.”

Rosemary Magee, director of the university’s library, told the Associated Press that the 30 pages give an in-depth look at the internal battles that shaped Barack Obama.

“They tell the journey of a young man who is seeking meaning and purpose in life and direction,” she said. “[Obama is] trying to find what his distinctive place would be both in and that time and going forward.”