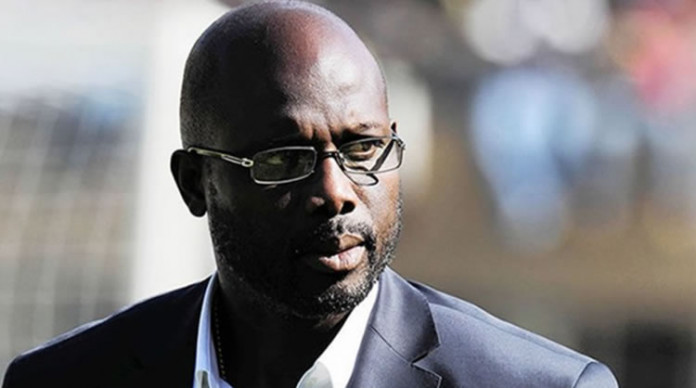 Football icon, George Weah, is in early lead, according to the official provisional results of Tuesday presidential elections in Liberia.

The results were released by the Chairman of the National Elections Commission (NEC), Mr. Jerome Korkoya, at the commission’s headquarters in Monrovia.

Weah of the Congress for Democratic Change (CDC) led other candidates in 11 out of the 15 counties that constitute Liberia in the results released so far.

He won in Bomi county with 3,763 votes, while Vice President Joseph Boakai got 2,807 votes.

The county was won by Charles Walker Brumskine, the opposition leader and candidate of Liberty Party with 10,350 votes.

Grand Gedeh also cast their lot with the ex-footballer, giving him 4462 votes to Boakai’s 704.

A similar result emerged in Grand Kru, where Weah polled 3983 to Boakai’s 742 votes.

Vice President Joseph Boakai of the ruling Unity Party (UP) led in Lofa County, where he got a massive endorsement, winning 27,614 votes to Weah’s 2,036 votes.

Weah won his highest vote of 38,285 votes in Montserrado.

While results of the remaining 4,158 polling units are being awaited, the NEC boss was quick to note that no winner has been declared yet.

“It is important to point out that results published by the National Elections Commission are the only official results.

“The Commission asks all other organisations to refrain from announcing anything other than the official results released.

“Candidates and political parties should also be patient and await the official results and not rush to premature conclusions.

“The Commission is committed to the timely release of the results, but this cannot be done at the expense of accuracy.”

He advised the media against reporting results that had not been verified by the commission.

“This can lead to problems and expectations that cannot be met. It is important for all to be responsible at this point. This includes the media.

“The National Elections Commission also calls on any person or party that has a complaint to use the established legal channels.

“Our complaints process will investigate thoroughly any complaints and we ask aggrieved parties to submit evidence to support their claims.

“We also call on all parties to be responsible in any allegations they make,’’ he said.