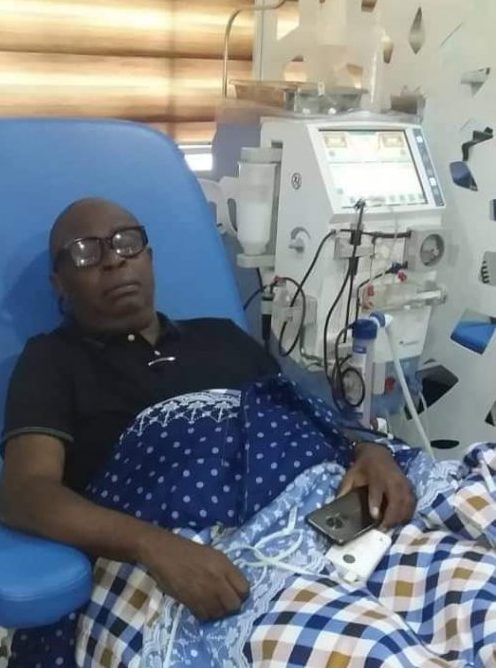 The Nigeria Union of Journalists (NUJ), Lagos State Council, has appealed to philanthropists to assist Mr. Peter Obakhedo, a former Editor-in-Chief of the News Agency of Nigeria (NAN), who needs N15 million to overcome a life-threatening kidney disease.

The umbrella body of journalists in Lagos state made the appeal in a statement jointly signed by its Chairman, Mr. Adeleye Ajayi and Secretary, Mr. Tunde Olalere, on Monday, in Lagos.

The statement said that Obakhedo, the immediate past editor-in-chief of NAN, had been diagnosed as a Stage 5 patient of chronic kidney disease, secondary to diabetic nephropathy.

“Following series of medical tests, the NAN retiree is left with no choice than to undergo kidney transplant for him to live a normal life.

“Sadly, the ailment has eaten deep into the financial base of the Obakhedo’s family, running into millions of naira, as the renowned journalist had been battling with the health crisis for sometime.

“Obakhedo needs Fifteen million naira (N15,000,000) for kidney transplant surgery, which also covers the pre and post surgical treatment, if he must live.

“The 60-year-old has been going through dialysis twice weekly since May 2020 and can no longer afford the cost, being a retiree,” it said.

The statement noted that it had become imperative to seek financial assistance from well-to-do and public-spirited individuals and corporate organisations to help Obakhedo overcome the life threatening condition.

“Against this backdrop, the Nigeria Union of Journalists (NUJ), Lagos State Council, calls on well-meaning Nigerians, both at home and abroad, corporate organisations and philanthropists, to come to the aid of the former NAN boss, Mr Peter Idonije Obakhedo, by donating some funds for a surgery he needs to go through.

“It is our prayer that God, in His infinite mercy, will heal Obakhedo. Kindly note that all donations should be sent to his wife’s account,” it added.