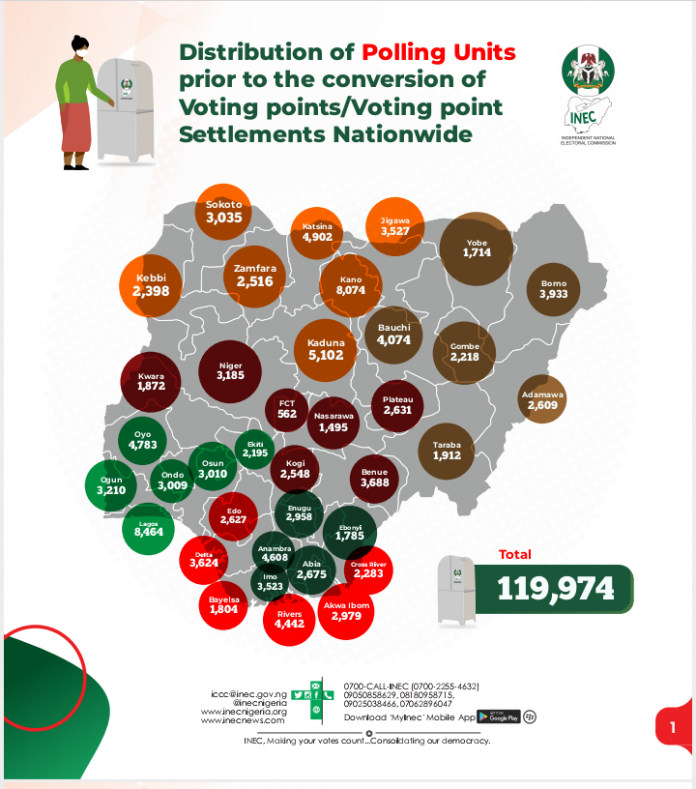 The News Agency of Nigeria (NAN) reports that INEC on Wednesday in Abuja announced the successful conversion of the voting points after 25 years attempts. 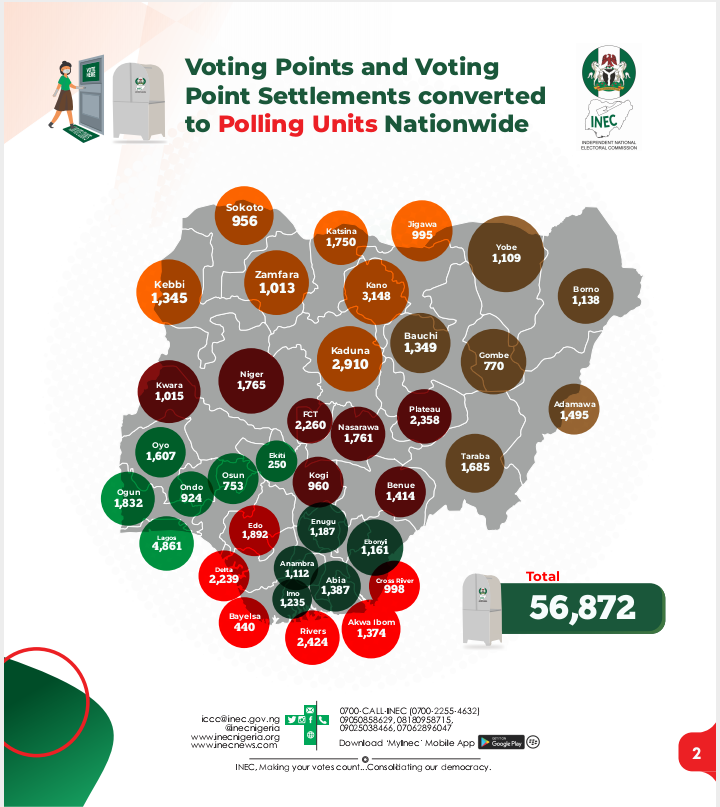 NAN reports that according to the “National Distribution of the Polling Units” released by INEC, Lagos has 4,861 representing the highest number of the newly converted polling units, increasing the state total PUs to 13, 325.

The distribution of the total number of the newly converted voting point and voting points settlements converted shows that Rivers having 2,434, followed by Plateau state with 2, 358, FCT 2,260 and Delta 2,239.

The distribution also shows Ekiti, Bayelsa, Osun and Gombe as the states with the lowest number of the newly converted PUs, recording 250, 440, 753 and 770 respectively.