The News Agency of Nigeria (NAN) reports that Abah died in an undisclosed private hospital in Abuja in the early hours of Wednesday during a protracted illness.

Until his death, Abah was a second term member, who transited from the Sixth Assembly to the Seventh Assembly after winning the March 2019 state assembly election.

Abah, a chartered accountant from Ejule-Ojebe in Ibaji Local Government area, veered into politics and won the Ibaji state constituency seat in 2015 under the platform of the Peoples Democratic Party (PDP).

He later defected to the All Progressives Congress (APC) shortly before the March 2019 general elections and clinched the won the assembly seat from his constituency for a second term.

Reacting to the news of the death on Wednesday in Lokoja, Speaker of the Assembly, Mr. Matthew Kolawole, said he was shocked and saddened, saying that Abah’s death was a monumental loss to the Seventh Assembly in the state.

A statement issued the speaker’s Chief Press Secretary, Mr. Femi Olugbemi, said: “We received, with shock and sadness, the death of the honourable member, representing Ibaji state constituency, Hon. John Abbah, which occurred this morning (Wednesday) after a protracted illness.

“His death, at this time, is a monumental loss to the Seventh Assembly, considering his robust contributions on the floor of the House.”

Kolawole commiserated with the immediate family and the constituents over the demise of their father, illustrious son and outstanding representative, stressing that he would be greatly missed.

He prayed God to grant them the fortitude to bear the irreparable loss.
The speaker also urged the bereaved to take solace in the fact that death was an expected end of every mortal and that everything, including life and death, had its time. (NAN) 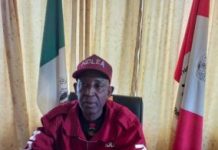 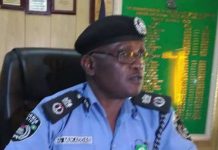