Home Sports Kenyans Sweep Up All $44,000 Prizes At Kaduna Marathon 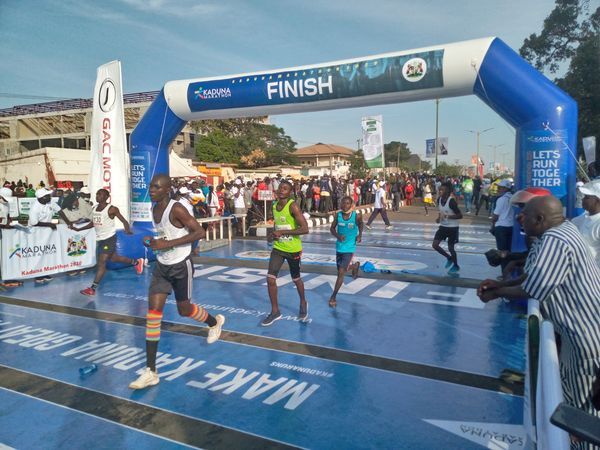 The  Kenyan marathon runners swept up all male and female category prizes amounting to $44,000 in the maiden Kaduna Marathon on Saturday.


The marathon which was the first in the state began around 7:30a.m with the 21 km race for both male and female category.

All three winners have participated in various international marathon competition.

Similarly, in the female 21 km category, the first, second and third prizes similar to the male category were won by Kenyan women runners.

He commended the organizers as he promised to participate in the next race if invited.

The Kaduna State Government expressed its gratitude to the runners, sponsors, citizens, media and government agencies that helped to successfully stage the first edition of the Kaduna Marathon.

Muyiwa Adekeye Special Adviser to the Governor (Media & Communication) noted in a statement that the first edition of the  Marathon has advanced the stated goals of promoting sports, encouraging social interaction and showing the best of Kaduna.

“Today’s  21km race and the 5km and 10km races have helped advance the goals set out for the Kaduna Marathon. Designed as a half-marathon, the Kaduna Marathon is designed as an annual sporting event, creating options for talent development, drawing mass participation, inviting visitors to the state and creating economic benefits”he said.

He added that the major objective is to promote social interaction and advance unity in the state.