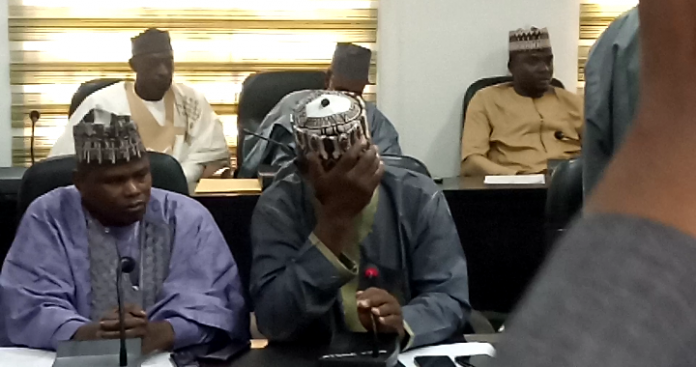 Two Katsina state House of Assembly members on Monday burst into tears at a plenary deliberating over the issue of insecurity afflicting many Local Government Areas (LGAs) of the state.

The Deputy Speaker of the house, Alhaji Shehu Dalhatu-Tafoki, had earlier presented a motion of urgent public importance over the level of insecurity in the state at the plenary presided over by the Speaker, Alhaji Tasi’u Maigari.

According to Dalhatu-Tafoki (APC Faskari), despite the efforts of the federal, state governments and the security agencies, the insecurity problem was increasing everyday in the state.

He, therefore, called on the concerned government authorities and the security agencies to re-strategize their approach to tackling the rampant activities of bandits in Katsina.

Dalhatu-Tafoki noted that the issue of insecurity in Katsina State was worsening by the day, with more people being killed everyday as more Local Government Areas were being affected.

“There is a serious need for the security outfits in the state to increase their outposts across the state, especially the most insecurity affected areas.

“The outposts in those areas are not enough, they cannot overpower the bandits, despite the huge amounts of money being spent on them.” He said.

He also called on the general public to continue to pray for the return of peace all over the state.

In his contribution, Alhaji Haruna Goma (APC Dandume), representing Dandume constituency, said recently no fewer than 11 persons were killed in two communities of Dandume, while many were abducted.

While narrating the incident, the lawmaker burst into tears, saying that government should come to their aid and their communities before they end up being massacred.

Similarly, the member representing Funtua constituency, Alhaji Abubakar Mohammed (APC Funtua), also shed tears as he narrated how for the past 40 days, bandits attacked their communities daily, killing scores and kidnapping many.

Also, the lawmaker representing Katsina constituency said the insecurity challenge was beyond imagination, as about 32 out of the 34 LGAs in the state were now affected, adding that even within Katsina metropolis, people were being kidnapped.

He called on the government to review its expenditure on security as there was no visible improvement.

After the long deliberations by the lawmakers, the assembly unanimously adopted the motion and called on all relevant authorities to look into the issue in the interest of those affected.

The house also resolved to hold a meeting with the National Assembly members from Katsina and also the state executive arm, to discuss the issue of insecurity.

The lawmakers also resolved to invite all heads of security agencies in the state and also the state’s committee on security, for solutions to the problem. (NAN)