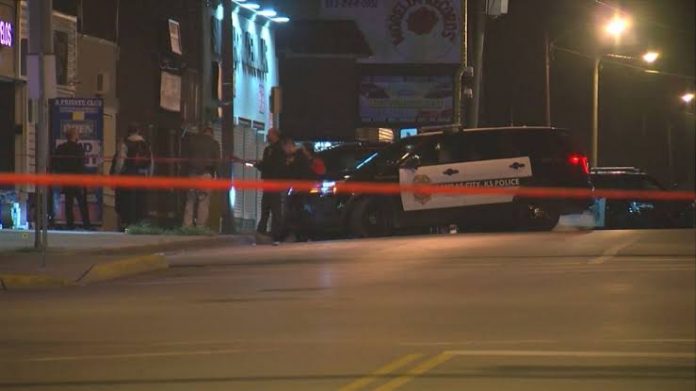 Four people have been killed in a shooting at a bar in Kansas City in the midwestern US state of Kansas.

Local police said in a tweet that five other people were wounded during the incident between 10th and Central Avenue.

The police later told the BBC that the suspect, a Hispanic man, was on the run after the incident.

Further details about the motive and whereabouts of the gunman are still unclear.

Police spokesman Thomas Tomasic said it was unclear whether more than one gunman was involved. The identities of the victims have not yet been released.

So far this year, the US has been hit by more than 40 mass shootings – defined since 2012 as incidents that kill at least three people.

Walmart – often cited as the largest firearms seller in America – said last month that it would stop selling certain bullets used in assault-style weapons and handguns.

But America’s gun lobby, the National Rifle Association, called the changes “shameful” and said the firm would lose business.