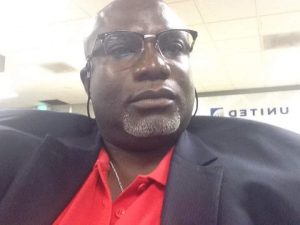 Kalu, who was reacting to recent news that Nigeria had been classified as a failed state by some international bodies, maintained that although the state of the nation had not been palatable as the country seemed to be on auto-pilot without clear cut and well articulated policy direction to take it out of the woods, he had never lost hope that there would be better days ahead for the country.

The PDP chieftain, who spoke to NEXT EDITION on Wednesday said: “I have never for once lost hope in the reality that Nigeria will get working again when the right people take over the affairs of the nation.”

He urged Nigerians not to despair as the nation marched towards the 2023 general elections, but advised that the citizens should note that positive change would be inevitable as the nation would not remain down forever.

He maintained that the current political dispensation, which he said had been oppressive and lack-lustre, would surely come to an end in 2023 with the emergence of a new leadership under his party.

Kalu stressed: “I am optimistic that all hope is not lost for Nigerians. We must keep our indomitable spirit alive because the situations we face today shall come to pass and we will see the light again under a different administration come 2023.”

The PDP chieftain, however, expressed worries over the insistence of the current administration that only through endless loan regimes could make Nigeria work, wondering why Nigeria as a nation would survive the huge debt burdens when the Federal Government lacked realistic plans of investing in production and capacity building with these loans.

“How do we continue to service our pleasure with endless loans without talking about production and growing the economy? How do we plan to pay back, or do we not care about the future generations?” he asked.

Kalu, former governorship candidate in Abia State, also touched on the security issue in the country, particularly Southern Kaduna where, he lamented that the killing of Nigerian citizens had become a normal way of life without end in sight, and called on the Federal Government to do the needful to protect the people’s lives and properties.

He said: “I read with disappointment, the statement attributed to Kaduna State governor, Malam Nasir El-Rufia, that the killings in his state are because he refused to give brown envelopes. The question is: To whom?

“If you know the people demanding money from you, it therefore means that you know the people behind the killings. Why not apprehend them instead of coming to the public to wash your dirty underwear by admitting your failures as Chief Security Officer of the state.

“We may recall that it was the same El-Rufai that boasted of paying some bandits to stop their attacks. So when did he change that policy, if it is the only solution to the killings? The whole thing does not make any sense to me at all.”