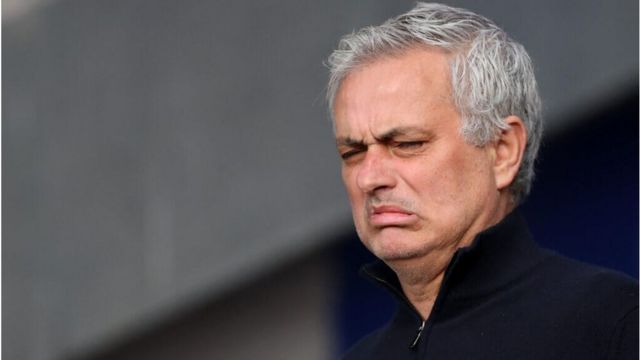 Jose Mourinho has been sacked as head coach of Tottenham, according to Sky Sports News.

The club have confirmed the decision in a statement on their website Monday morning.

Mourinho has left less than a week ahead of Sunday’s Carabao Cup final against Manchester City on Sunday.

“The club can today announce that Jose Mourinho and his coaching staff have been relieved of their duties,” a Tottenham statement said.

READ ALSO: WE HAVE LOST OUR INNOCENT

The news comes less than 24 hours after Tottenham announced they were one of 12 clubs planning to launch a breakaway European Super League.

Mourinho had been in charge at Spurs since November 2019, replacing Mauricio Pochettino, signing a deal until the end of the 2023 season.

In his first campaign, Mourinho took Tottenham from 14th in the Premier League to finish sixth – securing Europa League qualification – but were knocked out of the Champions League at the last-16 stage by RB Leipzig.

Spurs are currently seventh in the table, five points off the Champions League places.