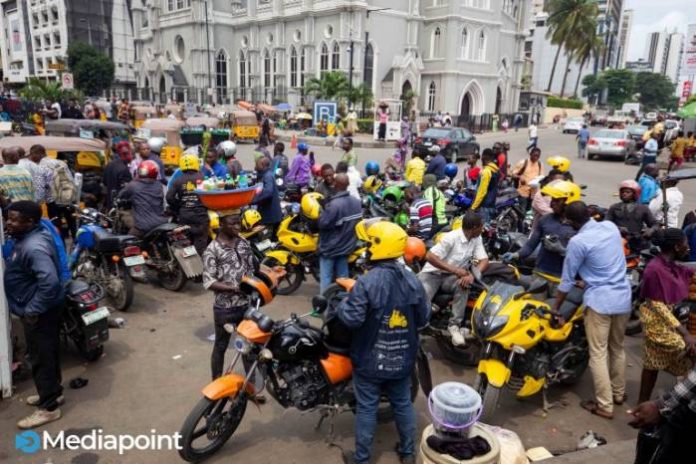 Effective from February 1, 2020, Motorcycles (Okada) and Tricycles (Keke) will no longer ply the roads in 15 local government areas and Council Development Areas in Lagos State.

The Lagos State Government on Monday announced a total ban on Okada and Keke in the areas as well as all highways and bridges in the state.

The Commissioner for Information and Strategy, Gbenga Omotosho, who announced the ban in a statement on Monday, said the action of the state government was to protect lives and properties.

He decried the rate of accidents involving motorcycles and tricycles on roads across the state.

“This number excludes unreported cases and those recorded by other hospitals. The total number of deaths from reported cases is over 600 as at date.

“After consultations with stakeholders, the State Security Council, in compliance with the extant Transport Sector Reform Law 2018, has decided to commence enforcement of the law which bans the operation of Motorcycles (Okada) and Tricycles (Keke) in the following Local Governments (LGs) and Local Council Development Areas (LCDAs).

“This is the first stage of the State Government’s plan to sanitize our roads and protect Lagosians from the negative effects of these illegal modes of transportation. “The Law is very clear. Motorcycles (Okada) and Tricycles (Keke) are banned on all highways, bridges and the listed roads,” he said.

Below is the list of highways and bridges:
Major Highways