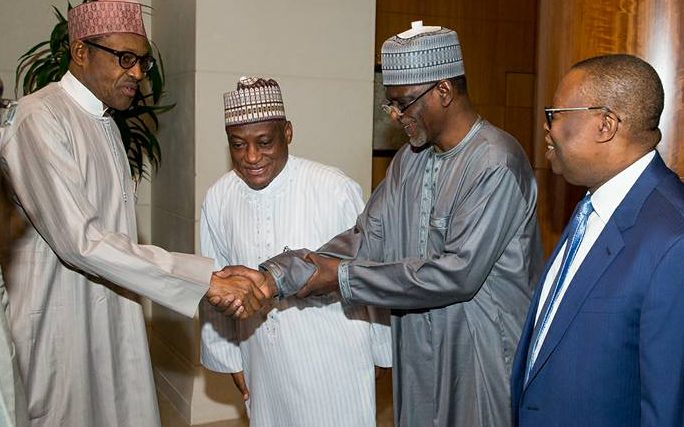 The instability that defined the education sector in 2017, is not consistent with President Muhammadu Buhari’s pledge to protect the sacrifices of the nation’s heroes. Besides reinforcing loss of confidence, instability further justifies the exclusion of universities in the country from ranking among the first 200 in the world.

During his maiden foreign trip in 2015, the president pledged to Nigerians resident in Johannesburg, South Africa, that notwithstanding the fact that he became president at an advanced age, he would protect the sacrifices of the nations heroes, including its rich educational heritage.

There is no doubt that the president has confounded his critics. But there are allegations that for selfish reasons, strange forces have degraded the famous Buhari disdain for bureaucracy.

Often invoked to support this allegation is the impact the president made as General Officer Commanding (GOC) the 83 Division of the Nigerian Army in Jos. He ignored bureaucracy and led troops to flush out Chadian rebels who occupied Nigerians territory.

Devotees of this persona argue that the instability rocking the education sector would have since been resolved if a similar template was adopted. They forget that circumstances have changed which explains the buck-passing that inspires the regime of instability in the sector.

Critics however insist that the old persona would have demanded justification for the sharing formula for the N23b released by the Federal Government to settle Earned Academic Allowances (EAA), which triggered the strike by non-academic staff of universities. The Joint Action Committee (JAC) of the Senior Staff Association of Nigerian Universities (SSANU); Non Academic Staff of Universities (NASU) and the National Association of Academic Technologists (NAAT), said the unions took the action to protest the sharing formula adopted by the Ministry of Education to pay the EAA to their members.

The unions said they conveyed their displeasure with the sharing formula to the ministry. And that the Federal Government, through the supervising education minister, failed to respond within the seven-day window, making the strike inevitable.

The second strike action, which took effect from Sunday night, December 3, was the second by the unions last year. According to the Academic Staff Union of Universities (ASUU), the warning strike was suspended to give the administration time to review the general rot in the sector. And also implement the 2009 agreement between both parties.

The Next Edition confirmed staggered disruption of academic and administrative activities in the 24 federal universities from the strike. Justifying the action, the unions said that 11 per cent of the N23b was allocated to their members, as against 89 per cent allocated to teaching staff.

At a press conference in Abuja, the Joint Action Committee of the unions said that before their members commenced the industrial action, a protest letter was sent to the Minister of Education, Mallam Adamu Adamu. It stressed that fresh instability in the sector could have been averted if action was taken before the expiration of the seven-day notice.

Notice of the strike was conveyed in a letter jointly signed by the presidents of SSAN, NASU and NAAT, Messrs Samson Uwoke, Chris Ani and Sani Suleiman, respectively. Before then, non-academic staff at the University of Ibadan (UI), and the Obafemi Awolowo University (OAU), Ile-Ife, protested against the rationale for the discriminatory allowances

The Next Edition learnt that non-teaching staff in universities are convinced that the disparity between what is allocated to them and their counterparts justified their action. Investigations revealed that while academic staff at UI and OAU received N18.3b, SSANU, NASU and NAAT members got N4.6b from the N23b released by the Federal Government.

Academic staff at the UI were allocated N1.6b while their non-teaching counterparts received N105million. And at the OAU, while ASUU members were allocated N1.6b, their non-teaching counterparts received N168 million. The ensuing protest forced the Vice-Chancellor, Prof Idowu Olayinka, to appeal to the unions to channel their grievances peacefully to the appropriate quarter.

Analysts say that instability from endless strikes by  industrial unions plays a critical role in the erosion of confidence in the sector. This accounted for the poor ranking of universities in the country compared to their counterparts in the world.

In the last global ranking of institutions of higher learning, no Nigerian university featured in the first 200. Incessant strikes by unions have institutionalised a regime of instability in the academic calendar. Instability combined with other factors, especially poor and non-existent facilities, to degrade confidence in the sector.

The deplorable situation triggered an exodus of Nigerian students to other countries to acquire the proverbial golden fleece. Young, eligible and desperate Nigerians migrate across the West African sub-region and beyond to acquire university education, which the system denies them back home.

In spite of the risks involved in the process, young Nigerians desperate to acquire education continues. Many got killed for flimsy reasons like the celebrated case of a Nigerian student who was killed on account of jealousy in Ghana.

Analysts say that instead of upgrading facilities in existing schools as advised by unions, the administration opted for muddled thinking by approving new universities. This possibility of attracting lieutenants without commitment to his vision may have prompted the Lion King to wish that he became president at a younger age.