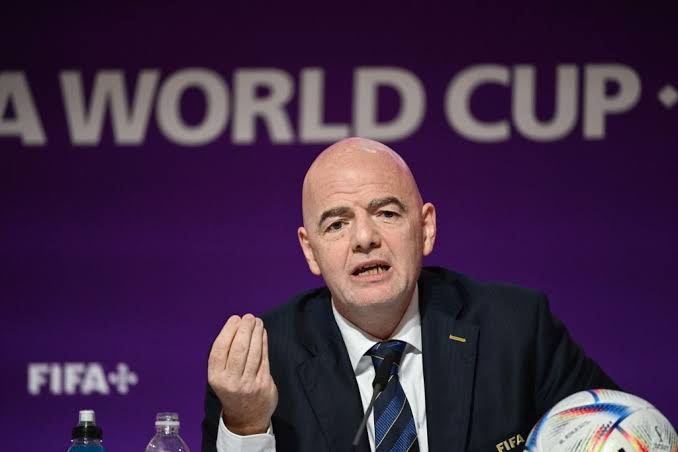 FIFA president Gianni Infantino has accused the Western countries of “hypocrisy” and slammed the criticism towards World Cup hosts Qatar during his opening speech ahead of the tournament on Saturday.

“For what we Europeans have been doing around the world in the last 3,000 years we should be apologising for the next 3,000 years before starting to give moral lessons to people,” the head of the football governing body said.

“How many of these European or Western business companies who earn millions from Qatar, billions, how many of them have addressed migrant workers’ rights with the authorities?

“None of them, because if you change the legislation it means less profit. But we did, and FIFA generates much less than any of these companies from Qatar.”

The FIFA president spoke for nearly an hour and made a defence of the tournament and Qatar.

The country has been sharply criticised for its human rights conditions, the deaths of migrant workers and its treatment of LGBTQ people.

Infantino opened his monologue saying: “Today, I have strong feelings. Today, I feel Qatari, I feel Arab, I feel African, I feel gay, I feel disabled, I feel a migrant worker.”

His statement was immediately criticised on social media.

Many of the critics pointed out that if he was indeed gay, he would not be able to openly say that in Qatar, where homosexuality is illegal under Islamic Sharia law.

Ahead of the World Cup, former Qatar international Khalid Salman, one of several ambassadors of the tournament starting on Sunday, named being gay “damage in the mind”.

Infantino has now assured that all queer people would be warmly welcome and safe in the country.

“Everyone is welcome. This was our requirement and the Qatari state sticks to that requirement.”

Asked about the multi-coloured One Love armband, which several team captains are planning to wear as a sign for equality, Infantino was vague.

He did not say whether there would be fines.

“We have regulations about the armbands. They are provided by FIFA,” Infantino said.

He added that these regulations are based on universal campaigns and that “the field of play of the World Cup should really be about football and global causes.”

Another topic that caused stir in the build-up to the tournament was the ban on alcoholic beer at World Cup stadiums and surrounding areas.

This was confirmed just two days ahead of the opening ceremony.

Alcohol is not prohibited in Qatar, but its sale is restricted to bars and restaurants in some hotels.

Previously, there was reportedly an agreement to allow beer sales in areas between the security check and the ticket check at the venues.

Beer company Budweiser is one of the major sponsors of the tournament.

Infantino, however, dismissed suggestions that FIFA lost control of its own tournament following the ban.

“Let me first assure you that every decision taken at this World Cup is a joint decision between Qatar and FIFA.”

“There will be many fan zones where you can buy alcohol in Qatar and fans can simultaneously drink alcohol.

“I think if for three hours a day you cannot drink a beer, you will survive,” he said.(dpa/NAN)