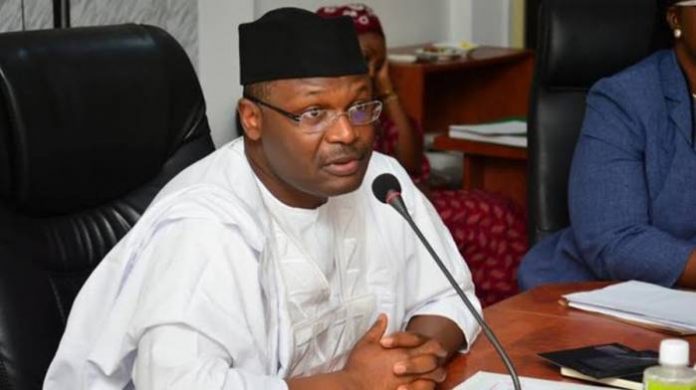 According to the Chairman of the commission, Mahmood Yakubu, who briefed journalists at the Commission’s headquarters, Abuja, the parties were de-registered for failing to satisfy the requirements to operate as contained in the Fourth Alteration to the Constitution.

The Commission also announced the dates for governorship elections in Edo and Ekiti States.

According to Mahmood, “the tenure of the Governors of Edo and Ondo States will end on 12th November 2020 and 24th February 2021 respectively. Pursuant to the provisions of Section 178(2) of the 1999 Constitution and Section 25(8) of the Electoral Act 2010, elections cannot hold earlier than 150 days and not later than 30 days before the expiration of the term of office of an incumbent Governor. Accordingly, the Commission has fixed Saturday 19th September 2020 as the date for the Governorship election in Edo State and Saturday 10th October 2020 for Ondo State.”

Below is the full text of the briefing by the INEC Chairman:

Breach of any of the requirements for registration as a political party.

ALLIANCE FOR A UNITED NIGERIA AUN

MOVEMENT FOR THE RESTORATION AND DEFENCE OF DEMOCRACY MRDD

WE THE PEOPLE NIGERIA WTPN