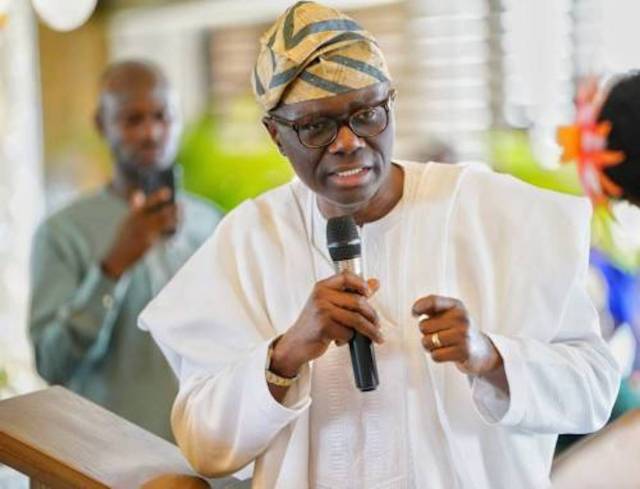 The special committee on the clean-up of Ikoyi and Victoria Island, recently resuscitated by Governor Babajide Sanwo-Olu, will commence full enforcement of all environmental and traffic laws in the areas on Friday.

A statement issued on Wednesday by the Committee Chairman, Mr.Tunji Bello, disclosed that the state government, in conjunction with Victoria Island and Ikoyi Residents Association (VIIRA), as well as the various enforcement agencies, would remove all illegal structures and dislodge all squatters and miscreants in Ikoyi and Victoria Island.

Bello explained that the committee had already conducted a reconnaissance operation of several areas in Victoria Island and Ikoyi in November to identify specific areas of infraction.

According to him, the enforcement exercise would involve the clearing of refuse, identification and removal of all illegal structures on setbacks, walkways, drainage alignments as well as the eviction of roadside mechanics who had converted several open spaces to automobile workshops.

He reiterated that the activities of night club owners and ‘karaoke’ operators without adequate parking lots would be curtailed to prevent inhibition of traffic along major roads, especially in Victoria Island.

Noting that leisure houses, night clubs and ‘karaoke’ stations who engage in noise pollution would be served with abatement notices in accordance with the law, Bello warned that the full force of the law would be brought to bear on religious institutions that failed to desist from disturbing the peace of residents with noise from blaring speakers in their establishments.

Bello affirmed that the committee would also enforce the provisions of the State Traffic Law during the enforcement by apprehending and prosecuting commercial motorcycle riders who ply restricted routes and drive against traffic, just as commercial buses that violate traffic regulations would be arrested.

He frowned at the heavy influx of suspicious characters into highbrow Victoria Island and Ikoyi, warning that these individuals, who engage in commercial tricycle operations and park indiscriminately on walkways, had a grace period between now and the commencement of enforcement to vacate the areas or be dislodged and prosecuted.

“The task force will also dislodge illegal occupants of abandoned buildings, several of which have been identified as hideouts for criminals and prostitutes. Destitutes that roam the streets at daytime and perpetrate crimes at dusk will be apprehended,” Bello assured.

While assuring that there were strategies in place to sustain the activities of the special committee during the period of enforcement, the chairman said the team comprising Lagos Neighbourhood Watch, Lagos State Environmental Sanitation Corps (LAGESC) and LASPARK would be provided with security cover by the Lagos State Environmental and Special Offences Task Force under the leadership of CSP Yinka Egbeyemi.

Bello asserted that the Clean-Up Task Force would conduct its operations round the clock and ensure the immediate trial of those caught for running afoul of the State Environmental Sanitation Offences and Road Traffic Laws by the Mobile Courts which were an integral part of the operations.

He hinted that the present administration under the leadership of Governor Babajide Sanwo-Olu would leverage on the success of the impending clean-up of Ikoyi and Victoria Island to extend the exercise to other parts of the state.