Home Politics I Will Win Anambra For PDP –Okonkwo 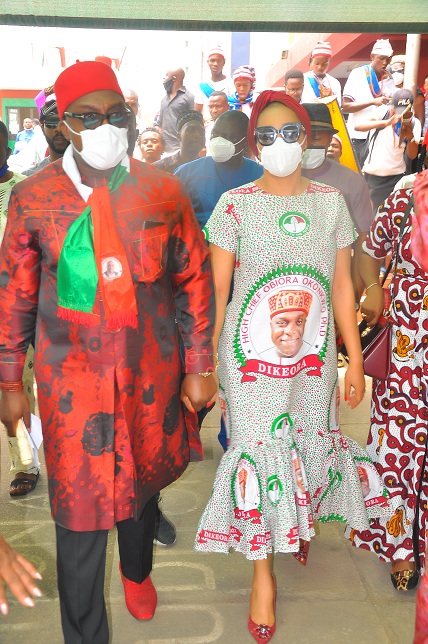 Frontline aspirant of the Peoples Democratic Party (PDP) to the governorship of Anambra state, Dr. Obiora Okonkwo, has promised to win the state in the November 6 election.

Okonkwo stated this Monday at the National headquarters of the party in Abuja after he purchased the Expression of interest (EOI) and Nomination forms of the party to contest in the election.

Speaking before a crowd of supporters and members of the National Working Committee (NWC) of the party, Okonkwo said the purchase of the forms was a step towards recapturing Anambra for PDP.

He also paid glowing tribute to the party for its insistence on conducting a primary election that will be transparently free and fair.

“With these forms, we have just started a journey towards winning Anambra state for PDP. I assure you that we will not only win the primary election on June 26, but will also go ahead to win the governorship election on November 6”, he said.

“I have also noted with great interest the position of the party that the process is available for all and it will be free and fair and the winner will be determined at the end of an open primary in Anambra state on June 26. I have no doubt that with the preparations that we have made and with the support we have from all parts of Anambra state and beyond, and by the special grace of God; we will emerge victorious on June 26.

“And since we are in this race to win, then, I am assuring you that with that mandate that we will get on June 26, we will go conquer and bring Anambra back to PDP”, he added.

Speaking while handing the forms over to Dr. Okonkwo, the National Organizing Secretary of the party, Col. Austin Akobundu, who was represented by the party’s National Youth Leader, Comrade Sunday Kelly Udeh-Okoye, promised that PDP will conduct a transparent primary election.

He called on the people of Anambra State to disregard rumour that the party had anointed a candidate stating that no such thing ever happened.

Dr. Okonkwo was accompanied to Wadata House by his wife, Gina, associates, many community leaders, women and youth support groups and a horde of supporters from across the country amidst drummers and dancers.