Home Politics I Spent Hours With Tinubu; His Dementia So Bad He Can’t Drink... 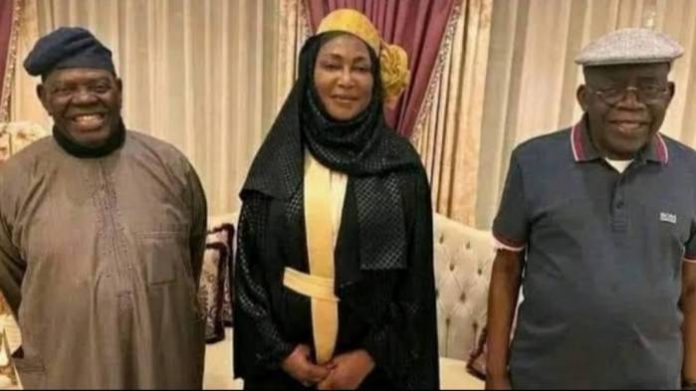 Presidential candidate of the All Progressives Congress (APC), Bola Tinubu, is physically and mentally unfit to govern, Naja’atu Muhammad has disclosed in an explosive interview.

Speaking with DCL Hausa, Ms Muhammad said that the former Lagos governor might be battling severe dementia, which is identified by memory loss and also result in loss of the ability to carry on a conversation and respond to the environment.

“I sat with him for two hours in London; when you talk of green, he will give you an answer of red. He can’t even decipher. He has very serious dementia; I believe he has Alzheimer’s because he cannot even hold a cup of tea,” she said.

Ms Muhammad, a former APC chieftain, recently resigned from her position as director of civil society engagement in the APC Presidential Campaign Council (PCC) on grounds that she could no longer serve national interests in clear conscience if she continues to support Mr Tinubu’s presidential bid.

She revealed that during a two-hour private meeting in London, Mr Tinubu slept for almost the entirety of the time she was with him.

“Asiwaju that I sat with for two hours, he slept most of the time, it was Bisi Akande that I was really talking to. Most importantly he is not only physically unfit, he is mentally unfit, whether we want it or not, this is the truth,” she said.

She added that while Mr Tinubu’s associates may feel the burden to repay him for the political goodwill he has shown in the past, but not as far as to entrust leadership of Africa’s most populous country in his frail hands.

“But when you talk of the leadership of over two hundred million people, you know that if you remove tribal sentiments, you know that he is incapable; those that will rule are those around him. This is the reality. He is mentally deranged – I said it,” she added.

A spokesperson for Mr. Tinubu did not respond to calls and messages seeking comments on Ms Muhammed’s assertions.