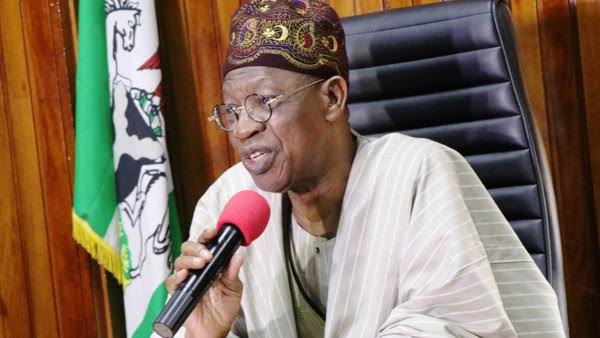 The Minister of Information and Culture, Alhaji Lai Mohammed, says the online media report that he “sneaked out of Nigeria to meet with Twitter executive’’ in the U.S. is fake.

In an interview with the News Agency of Nigeria (NAN) in Washington on Wednesday, the minister said his official visit to the U.S. has nothing to do with the microblogging and social networking platform.

Mohammed said he was in the U.S. to meet with international media organisations and think tanks on the achievements of President Muhammadu Buhari’s administration and efforts made so far in tackling insurgency, banditry and all forms of criminality.

He said the online report was an example of the danger fake news and unregulated social media portend for the country.

“Can a minister sneak out of Nigeria without people knowing.

“When you say I sneaked out of Nigeria, are you saying I went to board at a terminal where nobody is or I travel to Republic of Benin to fly out of the country.

“I was at an international airport, where I presented myself openly and I was checked in at the counter like every other travelers of the airline.

“I boarded and passed through the checks by the Immigration service and Customs.

“How can you come and say I sneaked out of the country?’”

The minister who had so far engaged with the BBC Radio and TV, Bloomberg and Polico during his visit to Washington DC, said he had no mission with Twitter on his trip.

“You and I have been here, have I met with any Twitter official­?

“When you talk about fake news and its danger, we need to take it seriously and I am happy that the entire world is now seen what we saw more than two years ago.

“I can assure you that we will not rest until we regulate the social media, otherwise, nobody will survive it,’’ he said.

The minister reiterated the position that the Federal Government suspended Twitter operation in the country not because it deleted the tweet by the President as being propagated in some section of the media.

He said the operation of the microblogging medium was suspended because of its persistent use of its platform for activities that were capable of undermining Nigeria’s corporate existence.

He also underscored the need for the organisation to register as a business entity and obtain licence from the National Broadcasting Commission to carry out its activities.

Mohammed said the engagement between Twitter and the Federal Government on how to resolve the issue of the ban had reached an advanced stage.

Specifically, he said the end for the amicable settlement of the ban was in sight. (NAN)