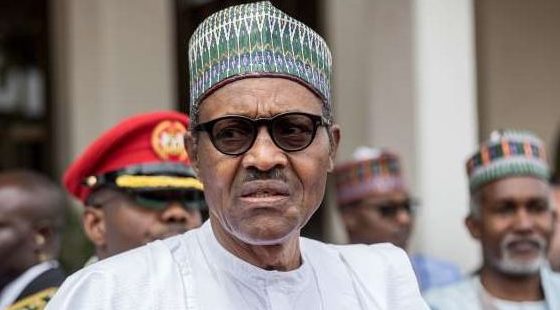 PRESIDENT Muhammadu Buhari on Wednesday insisted at the Presidential Election Petition Tribunal that there is no law mandating him to produce certificates to prove his eligibility to contest for the office of president.

The President made this known to the tribunal while adopting his final brief of argument in opposition to the petition the People’s Democratic Party (PDP) and its candidate, Atiku Abubakar, who are urging the court to nullify his re-election.

The President argued extensively that he was only required to be educated under the 1999 Constitution.

Buhari, who advanced his argument through his lead counsel, Chief Wole Olanikpekun, SAN, urged the tribunal to dismiss the petition challenging his election and his educational qualifications, on the grounds that it lacked merit and substance.

“The law is well settled and the case-law is crystalized on the point that the 2nd Respondent (Buhari) cannot go beyond provisions of sections 131 and 131(8) of the 1999 Constitution.

“The case-law is replete with decisions of this Court on the subject. We cannot amend the Constitution.

“We need to make it very clear at this point that the Constitution and laws of the land do not expect any Certificate to be tendered or attached.”

The President further relied on a recent judgement the Court of Appeal delivered in a certificate scandal case that involved the governorship candidate of the PDP in Osun State, Senator Ademola Adeleke, to contend that non-attachment of his certificates was not a valid ground to challenge his participation in the February 23 presidential election he won.

Meanwhile, the All Progressives Congress (APC) and the Independent National Electoral Commission (INEC,) had through their lawyers, Prince Lateef Fagbami, SAN, and Yunus Usman, SAN, also asked the Justice Mohammed Garba-led tribunal to dismiss the petition with cost.

APC submitted that it would be bad to create a public impression that President Buhari lacks basic educational qualifications.

“Those who set the standard for secondary education were called. They came and gave the verdict that what the 2nd Respondent has was equivalent to Secondary School Certificate. The witness said so. And there was no follow-up on that. They did not say that the certificate was fake or forged.

“The position is that we take him to be a secondary school leaver,” Fagbemi argued. The Justice Garba-led panel would after all the parties have adopted their final addresses, reserve the petition for judgement.