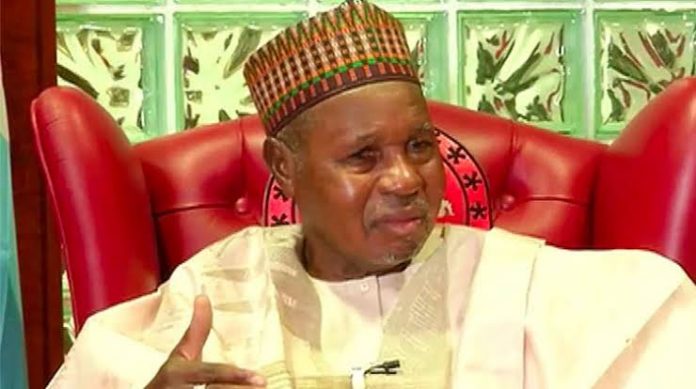 Katsina state Gov. Aminu Masari has raised alarm about the relocation of hungry bandits, driven to the fringes, to communities to steal farm products ahead of the upcoming harvest season.

The governor raised the alarm on Tuesday, in Katsina, at a consultative briefing he held with the Minister of Information and Culture, Alhaji Lai Mohammed on the security situation in the state.

The briefing was attended by Heads of security agencies in the state, traditional rulers, political and religious leaders, civil society groups and other stakeholders.

“Because of hunger, bandits are moving towards communities around the forest area. They know that harvest time is approaching and their plan is to harvest crops and steal food items planted by farmers,” he said.

The governor said bandits had been driven to the fringes in the state as a result of measures put in place, including suspension of mobile telecommunication networks and ban on sale of petroleum products in many filling stations.

He charged the security chiefs, who were in attendance at the briefing, to wake up to the call and deal decisively with the criminals, reiterating his position not to negotiate with bandits whom, he described, as criminals who were neither fighting for a religious or ideological cause.

Masari disclosed that the states mostly affected by banditry had resolved to engage no fewer than 3,000 hunters and vigilantes who would be trained by the Police to protect communities.

Specifically, he said, after the military efforts, the hunters vigilante members would continue to protect the communities, commending the synergy between security agencies deployed to the state which, he noted, aided the successes recorded against the bandits.

Emir of Katsina, Alhaji Kabir Usman, commended the Governor for the innovative ways in containing the insecurity in the state.

The traditional ruler, who said he was against dialogue and negotiation with bandits enjoined the Minister of Information and Culture, Alhaji Mohammed, to sustain the initiative of providing a positive narrative on the fight against insecurity in the country.

The Emir, who kicked against negotiations and dialogue with bandits, as well as payment of ransom, called on security forces to step up military campaign against the criminals. (NAN)