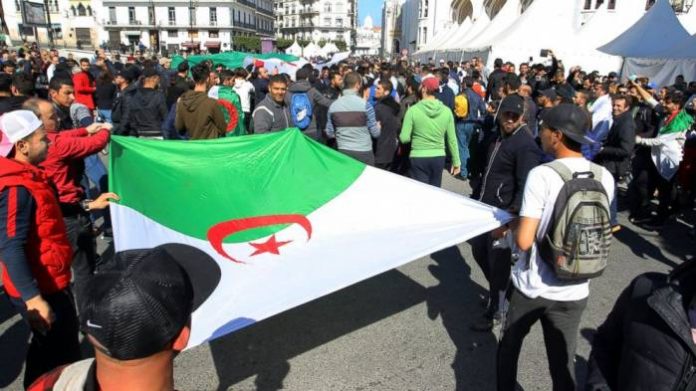 Hundreds of people gathered in central Algiers on Friday in what could be a last large-scale attempt to pressure the country’s authorities to cancel the upcoming elections, amid a crackdown by authorities.

Anti-government rallies have been held every Friday and Tuesday since mid-February and the protests forced long-time ruler Abdelaziz Bouteflika to resign in April.

Since then, demonstrators have been demanding for key Bouteflika-era officials to depart, and for an overhaul of the country’s political system, before a presidential election is held.

On Thursday, Amnesty International warned that Algeria’s authorities have escalated their crackdown on protesters in recent weeks, making arbitrary arrests, prosecuting and imprisoning dozens of activists and forcibly dispersing demonstrations.

The London-based group said that a wave of arrests targeting protesters had intensified since the campaign for the presidential elections began on Nov. 17.

Citing Algerian rights lawyers and activists, Amnesty International said that at least 300 people had been arrested between Nov. 17 and Nov. 24.

Algeria’s authorities have defended plans to hold the election on Dec. 12, saying it was necessary to end the long-running stand-off in the country.

Five contenders are vying to replace Bouteflika, who has ruled energy-rich Algeria for two decades, an era that was dominated by cronyism and mismanagement.