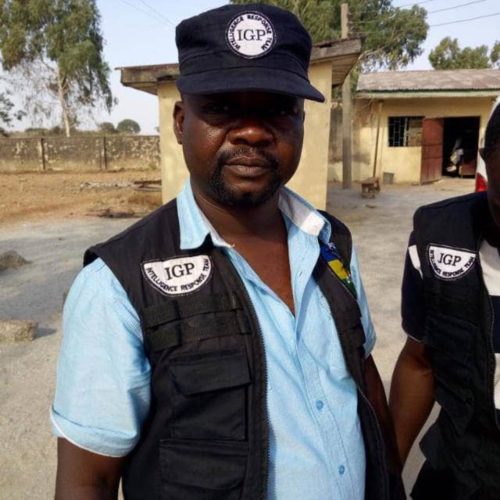 Deputy Commissioner of Police, Mr. Abba Kyari, who heads the Inspector-General of Police Intelligence Response Team (IRT), has explained how four of his men were killed by kidnappers.

Kyari said the policemen were killed on Saturday in Kaduna State.

According to him, the policemen were on a follow up operation to arrest those involved in the kidnapping of one Sheikh Ahmad Adam Algarkawy in Rigasa area of Kaduna when the incident occurred.

He said the team had arrested two suspected kidnappers when they were ambushed and shot dead.

However, Kyari, said six of the kidnappers were also killed in the gun duel.

His words:  “The incident occurred sequel to the kidnapping of Sheikh Ahmad Adam Algarkawy in Rigasa area of Kaduna State on August 2, 2018 and his subsequent release after ransom was paid.

“In follow up to the case on August 11, 2018, IRT operatives arrested two of the kidnappers in a remote settlement inside Rigasa Forest in Kaduna State.

“As the team was coming out of the bush with the arrested kidnappers, other gang-members hiding inside the bush ambushed the IRT team and opened fire which resulted to the death of four IRT operatives.

READ ALSO: Kemi Adeosun: When Forgery is Elevated to a Cardinal Virtue

“Bodies of the deceased operatives were deposited at St. Gerald Hospital Mortuary, Kaduna State, for autopsy.

“Very serious efforts in progress to get the killers to justice.”

Kyari said the bodies of the policemen had been deposited at St. Gerald Hospital Mortuary, Kaduna State, for autopsy.

He also disclosed that one of the police officers involved in the operation had been treated for gunshot wound while others who escaped the attack were in good condition.