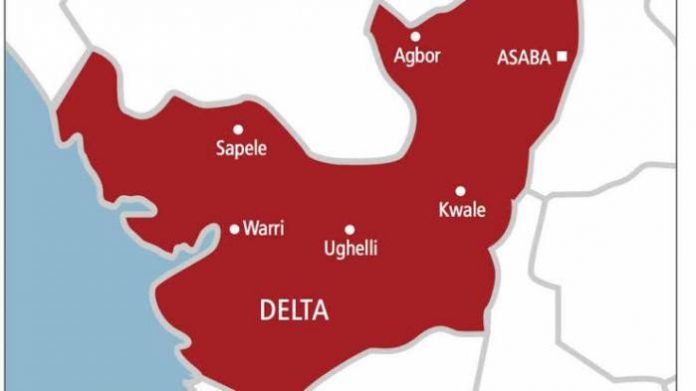 A clearer picture of how an infamous militant leader, sea pirate and, kidnap kingpin, currently on the run, ambushed a military team, killed two soldiers and four members of Egbema peacekeepers escorting the Joint Task Force, JTF, to his camp, on July 14, in Egbema Kingdom, Warri North LGA, Delta State, has emerged.

This came as villagers, Sunday, recovered the decomposing remains of one of the victims around the Benin River axis.

As of yesterday, the whereabouts of two victims were still unknown, while the Chairman of Warri North, Hon Smart Asekutu, had earlier confirmed to Vanguard that three corpses had been recovered and deposited at a mortuary in Warri.

The Egbema Kingdom has been thrown into mourning since the unfortunate episode in which the recalcitrant militant leader, who rejected advice by the kingdom to move his militant camp elsewhere engaged soldiers in a bloody shootout.

An eyewitness, who preferred anonymity, said: “Soldiers combing for the militant leader requested some indigenes of Egbema presumed to be familiar with the territory and location of the camp of the sea pirates to escort them to the den”

“Men of the JTF and the civilians got to a point where the military gunboat could not go beyond. That was how the smaller boat conveying the victims was directed to carry out surveillance in the narrow creek the sea pirates were suspected to have their hideout.

“Unknown to them, the pirates had laid ambush whereupon they opened fire on the victims,” he said.

Legal Adviser, Egbema Leaders of Thought, Napoleon Egin, who confirmed that Egbema people were grieving told Vanguard: “Three of the victims were said to have died on the spot while the decomposed body of the fourth was found floating some days later.”

His words: “No fewer than four sons of Egbema have died from gunshots sustained in a gun duel between the JTF and suspected sea pirates around the Benin River axis of Warri North local government area.

“The incident which took place on July 14 is sequel to an earlier attack by the said pirates on the men and officers of the JTF, which claimed the lives of two military personnel.

“The military were said to have mobilized force and requested some indigenes of Egbema who are presumed to be familiar with the territory where the said pirates are based,” he added.

The Delta State Government and JTF were yet to issue a statement on the incident.

Meanwhile, prominent sons and daughters of the Egbema kingdom have been holding series of meetings on how to restore peace to the Benin River axis of Warri North. Soldiers had locked down the kingdom after suspected pirates attacked a military base at Obodo, Warri South local government area, killing two soldiers.

The lockdown was lifted after people cried out, about six days later, the JTF freshly laid siege to the kingdom after the July 14 massacre.