Attempts have been made from inception to satisfy the areas of attention. For now, Abuja still remains the most deliberately planned city in Nigeria. It is custom-made with wide roads and, to a large extent, well lined streets. Its green neigbourhoods break the spectacle of huge concrete structures which otherwise would have dominated the landscape and skyline. The natural borderlines of hills encircling the plains where the city sits in the midst of naturally carved out greens and rivulets, gives it the spectacle of nature’s picture book. Sadly, all that will soon fade away if the madness currently being unleashed on the city by commercial vehicle operators is not checked immediately.

Already the city’s master plan has been carelessly distorted. It is defaced with shops and markets that spring up in areas originally designated for residences and offices. However, a more dangerous invasion which may unveil the slum spectre is the lawlessness of commercial vehicle operators who not only create ugly scenes on the roads but are destroying complementary infrastructure. These include kerbs, walkways, barricades, perimeter fencing, vegetation and other beautification landmarks on the inner roads and along the expressways.

Something is noticeably wrong with the transportation situation in the city. Curiously, there seems to be no serious concern from those assigned to control development and ensure sanity. No doubt, so much money has been sunk into building Abuja, the administrative capital of the country. But all that would likely go down the drain because there seems to be an obvious lack of commitment towards maintaining the status of the city and managing the behavior of its inhabitants.

It is becoming a common trend across the country to allow impunity to dictate the pace of development and decay: a trend where non-state actors determine the flow of activities; where sentiments determine action; where vested interest takes precedence over common interest; where law abiding citizens get frustrated by the apparent inability of the authorities to rein in lawlessness and maintain sanity within the society.

A noticeable but unfortunate scenario in Nigeria is where potential challenges are never confronted until they turn life-threatening. By that time, they had become hydra-headed in complexity and overwhelming in dimension. At this point, arresting or tackling them is not just difficult but almost impossible; with all the social contraptions along the line. The simple logic is that from the way it is going, if the authorities eventually succeed in taming criminality flowing from insurgency, it might have to face another unimaginable form of criminality arising from commonplace but avoidable circumstances.

No matter the intent, purpose and design, any city that lacks deliberate in-built mechanism to control the activities of its inhabitants is bound to become a slum with all its trappings, in no time. To clean up would require a huge urban renewal effort that certainly will gulp large amounts of money, with associated consequences. Even then, it would be difficult to restore the city to its original plan, no matter the quantum of efforts expended.

Lagos is known as a mad city largely because of its huge population, uncontrolled development and the chaotic transportation situation – which has become its trademark. Certainly, this madness can be excused because Lagos was not intentionally planned to conform with or surpass any modern city at inception. Even at that, within the last 20 years, Lagos has made and is still making serious efforts at urban renewal. Kano and Kaduna which were similarly overtaken by slums have also been making noticeable strides in the same direction. And these are at monumental costs.

Part of Owerri, in Imo State, was deliberately planned, particularly the World Bank/Aladinma area. At inception, in the days of Chief Sam Mbakwe, it looked quite good. However, things have since changed. The city was turned into a huge market with shops and motor parks littering everywhere while the authorities were asleep. It has lost its appeal. What is left is a long stretch of disorganised urban market. Abuja seems to bewarming up in that direction. Just as in the days of Mbakwe in Owerri, Abuja was a city to behold in the days of Mallam Nasir el’Rufai. It would be a miracle if the city status ever returns at the rate things are going.

When petty commercial ventures compete with private homes and corporate offices within the same environment, sanity takes flight. Madness sets in. Nothing destroys a cityscape more than allowing markets and motor parks to spring up in areas not deliberately designated for such infrastructure. These two are harbingers of madness to a city. In comprehensive city plans, these are isolated from residential and corporate areas. Once operators of these two ventures are allowed a free rein, the city not only losses its allure but faces dire security and environmental challenges.

The reason is because these ventures naturally attract characters that havescant regard for law and order; they present a great pull to those who have very little respect for the sensitivities of others. Markets and motor parksattract other trades in their own class; trades that threaten sanity and the environment. A city that is conscious of security and sanitation can only allow uncontrolled sprouting of shops and motor parks at its peril. Unfortunately Abuja, a hitherto well planned city, seems to have fallen into the grip of slum vendors; too soon.

Lagos, one of the oldest cities in Nigeria, is notorious not just for slums but for the recklessness of commercial vehicle operators. However, compared to the Abuja of today, Lagos would seem to have some embedded method in its madness. Abuja’s version is raw, laced with utter recklessness and absolute impunity. Driving on roads within the FCT is becoming a nightmare. Undisguised madness is on the prowl. Returning home after an outing without a dent or a broken limb is deserving of thanksgiving. The depth of lawlessness on Abuja roads is sickening. It is likely to result in a theatre war, soon. The menace is gradually assuming a monstrous dimension. This is shameful; embarrassing!

In Abuja, commercial vehicle drivers are lords of the motorways. They flout traffic rules with impunity. They do not take responsibility for the fallouts of their reckless actions. In broad daylight, within the central areas, they block lanes and pick passengers in the middle of the road. Most of these commercial vehicles are not in the least roadworthy. They lack up-to-date registration papers. Some are not registered at all; no number plates. The owners consider themselves to be above the law. They are neither cautioned nor arrested by law enforcement agents scattered everywhere in the city. These agents seem only interested in private vehicle operators; and not the lawless commercial drivers.

Speedily, Abuja is fast turning into one huge motor park. Almost everywhere, commercial vehicle drivers have created loading points. This is where they converge to pick passengers without considering other road users or other businesses in these areas. They encroach on residential environs, deface the entire surroundings with waste; and disturb residents with noise without any care.

They do not only create security situations in the neighbourhoods; these drivers equally destroy kerbs and greens. Sidewalks are converted to parking lots, where they await their turns to load. Obafemi Awolowo Avenue from Berger (under-bridge) stretching beyond Ngozi Okonjo-Iweala Avenue to Utako Motor Park, is a classic example. Yakubu Gowon Crescent on both sides of the AYA Roundabout in Asokoro is another. The ugly spectacle is all over the city.

Apart from the mushrooming motor parks, commercial vehicle drivers have introduced another level of recklessness into their madness – picking and dropping commuters on-the-go, even on expressways. This menace is fast growing into a regular fare. It constitutes a major danger to other road users as cab drivers are more focused on commuters by the roadsides than in the direction of movement. They keep beckoning on commuters while on the move; with very scant regard for other roads users.

As they pull and move at will in pursuit of commuters, other road users navigate road intersections in fear and trepidation. Three-lane roads are reduced to one as they struggle to pick commuters. They create unnecessary gridlock, and get away with it. This is most noticeable almost everywhere in Asokoro, Garki, Wuse, Utako, Gwarinpa and Kubwadistricts. Commuters along Ahmadu Bello Way, for instance, normally have a hard time snaking through blocked roads at the Aminu Kano and Adetokunbo Ademola Crescent intersections. Traffic control officers at these points and everywhere in the city look helpless, especially from 4.00pm. In the outskirts, it’s bedlam, all day.

Many car owners have had sad tales to tell as their cars are hit routinely by these passenger-seeking cab drivers. To add to the sour fate of other road users, these cabs are not properly registered and have no insurance cover. Cab and bus drivers care less when they damage other cars. Unfortunate car owners lick their wounds while the recklessness soars. As a friendrightly put it, with the level of madness on Abuja roads, Lagos and Ibadan drivers are beginning to look like saints. Unfortunately in some of the places where the bedlam holds sway, there are pin-down points manned by the Police, Federal Road Safety Commission (FRSC) and Vehicle Inspection Officers (VIOs), with standby patrol vehicles. These officers simply chat away as recklessness rages.

By the way, there is little difference now between commercial vehicles and official government vehicles in Abuja. Staff buses in particular with full establishment’s inscriptions and official plate numbers run normal commercial trips during office hours. Even the Presidency is not spared this unbecoming spectacle. This is not referring to shuttle buses taking visitors and staff from the Federal Secretariat to the Villa. I mean thoserunning full commercial services from Mararaba/Nyanya to the Central Business District (CBD), among other routes. Commercial vehicles with Presidency number plate? It shouldn’t degenerate to this level, no matter what!

It is expected that if some of the vehicles are owned by staff cooperative societies in government agencies, such should be registered as commercial vehicles with appropriate labels to indicate the ownership, just like other commercial vehicles. Registering such vehicles with official labels gives room for abuse as official government drivers hide behind this to use normal staff buses and official cars with official and security numbers to run commercial trips once staff are settled in their offices. Such buses are legion on the Karu/Mararaba/Nyanya/CBD routes.

As the cliché goes, a stitch in time saves nine. However, such admonition does not seem to appeal to those in charge of the FCT. The result of their do-nothing attitude is beginning to show seriously on the psyche of the city. Unnecessary traffic hold-ups are everywhere; and this is worrisome in a city with excellent network of roads. Inhabitants of the city now pray as they leave home to return in one piece and be delivered from the menace of lawless commercial vehicle drivers. Pray, who is really in charge here! 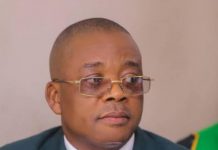 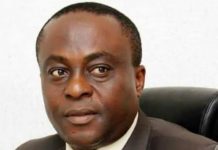