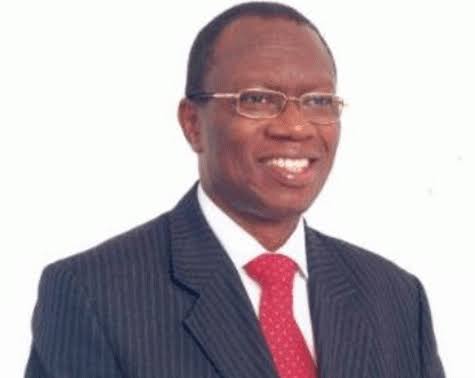 Healthcare professionals in Akwa-Ibom State have demanded the resignation of the Commissioner for Health in the state, Dr. Dominic Ukpong.

The professionals in a statement on Sunday lamented the poor relationship between the Commissioner and the professional bodies in the health sector in the state.

The statement signed by the Chairmen of four professional bodies in the health sector accused the Commissioner of trying to cause disaffection and bring about disunity among them.

The statement read in full:

Good day distinguished members of the fourth estate of the realm, ladies and gentlemen.

While His Excellency, Governor Udom Emmanuel has since adopted some measures suggested for which we thanked him. Unfortunately, the handlers of Government business particularly the Honourable Commissioner for Health and Commissioner for Information and their media hirelings and lilliputs, decided to declare a war against the very same Professionals who would be the first responders in the event of an outbreak of COVID-19 in Akwa Ibom State.

OBSERVATIONS:
1. We observed with great surprise that NMA was not invited to the meeting of Professional bodies in the Health Sector.

2. While we had already received intelligence reports that the Commissioner was applying that measure as a punitive measure to the NMA for partnering with sister bodies (a power he does not have in the first place), on inquiry through the PSN and AMLSN Chairmen, he in his usual autocratic, know-it-all manner dismissed us.

3. When we pleaded with him to invite the NMA for a holistic and complete discussion, he rather threatened that we could walk out if we wanted.

4. All ttempts by the Chairman of the National Association of Nigerian Nurses
and Midwives (NANNM) Akwa Ibom State Council to speak were rebuffed by the Commissioner for Health.

READ ALSO: Non-payment of salary: NMA appeals to Emmanuel to save health sector

5. At that point the members of the Conglomeration of Healthcare Professionals present namely Pharmaceutical Society of Nigeria (PSN), Association of Medical Laboratory Scientist of Nigeria (AMLSN), and National Association of Nigerian Nurses and Midwives (NANNM), obliged the Commissioner’s prior request and walked out of the meeting.

RESOLUTIONS
Consequently, the Conglomeration of Healthcare Professionals (with NMA in attendance) immediately met thereafter and resolved as follows:

1. We decry the poor inter-personal relationship of the Honourable Commissioner for Health, Dr. Dominic Ukpong with Professional bodies in the Health Sector.

2. Reject the attempt by the Commissioner for Health to cause disaffection and bring about disunity among Professionals in the Health Sector. At this point, we historically declare our shared brotherhood with and stand in solidarity with Akwa Ibom State Government and its people on preventing COVID-19.

4. We thank the Government for implementing some of the policy advisory as contained in our earlier Communiqué and appeal to His Excellency to continue to do more.

5. Consequently, in order to save the health sector, we hereby, jointly, as the Conglomeration of Healthcare Professionals comprising of NMA, PSN, NANNM, and AMLSN pass a vote of no confidence on the Commissioner for Health, Dr. Dominic Ukpong for his lack of managerial and interpersonal skills, disregard for Professionals and professionalism, high-handedness and professionalism, high-handedness and divisive tendencies, and outright poor management of COVID-19 preparedness.

6. Health Professionals will no longer continue to work with him as we no longer enjoy his leadership of the Ministry of Health.

7. Ipso facto, we call on Dr. Dominic Ukpong to immediately resign his appointment as Commissioner for Health.

8. We shall continue to monitor our resolution as in (7) above. Where Dr. Dominic Ukpong decides to do otherwise, we may be forced to pull-out our members from COVID-19 duties while we continue to render other forms of health services. This is especially so as Dr. Dominic Ukpong has successfully convinced us that he is capable of fighting COVID-19 alone.
Thank you.