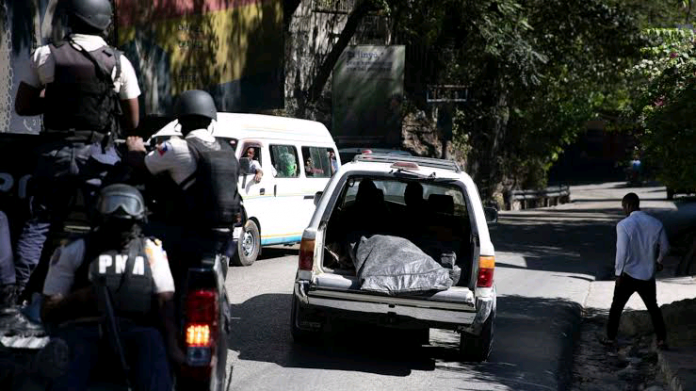 UN has condemned the immolation (burning alive) of two Haitian journalists by a gang in the country’s capital on Thursday.

“We…we…we can…you know, sometimes you run out of words; but I think we clearly condemn this horrific murder.

“It is very important that the national authorities do whatever they can to find the perpetrators and bring them to justice,’’ UN Spokesman Stéphane Dujarric told reporters in New York on Friday.

According to reports, the Ti Makak gang carried out the killings in the Petion-Ville neighborhood of Port-au-Prince.

Haitian media outlet Radio Écoute FM confirmed that one of its journalists, John Wesley Amady, was killed in the attack while he was on assignment documenting the lack of security in the area.

Dujarric recalled that UN Educational, Scientific and Cultural Organisation (UNESCO) flagged a report on the death of journalists on Thursday.

“This is just one more example that journalists the world over face. And sadly, as we may expect, and the impunity with which they are murdered for just trying to tell the truth,’’ he said.

UNESCO on Thursday said 55 journalists and media professionals were killed in 2021, noting that impunity against journalists is alarmingly widespread.

“Once again in 2021, far too many journalists paid the ultimate price to bring truth to light,” UNESCO Director-General Audrey Azoulay said.

“Right now, the world needs independent, factual information more than ever. We must do more to ensure that those who work tirelessly to provide this can do so without fear.” (NAN)