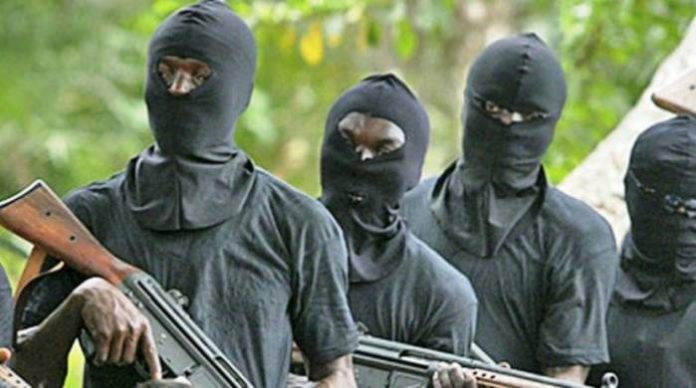 The 34 Artillery Brigade of the Nigerian Army in Obinze, Owerri, says gunmen on Monday, attacked its officers on patrol at Izombe community, Oguta council area of Imo.

The Brigade’s Spokesperson, Capt. Joseph Akubo, confirmed this while speaking with journalists in Owerri on Monday.

Akubo said that the incident happened after soldiers were drafted to the oil-rich community to checkmate youth restiveness and other crimes in the area.

He explained that some unidentified persons on Saturday attacked and killed a truck driver, prompting increased patrol by the soldiers.

“The soldiers were on routine patrol in the area when they came under attack by armed youths.

“Two days ago, a truck driver was killed; coupled with other criminal activities which had necessitated increased patrol.

“The oldiers were on normal patrol when they came under attack,” he said.

Akubo, however, said he had yet to confirm the casualty figure as the youths were still engaging the soldiers in fierce battle.

“I cannot tell you the casualty figure because the armed youths are still attacking our men who are taking cover in the buildings in the neighbourhood”, he said. (NAN)