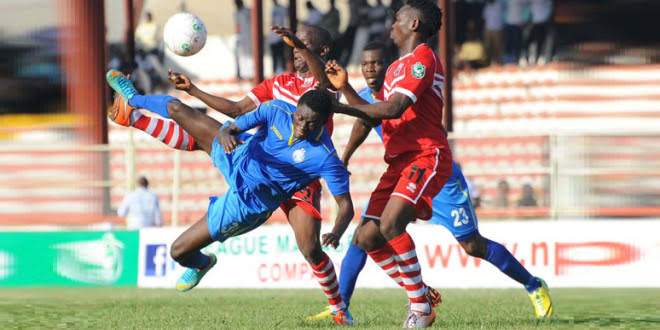 The players, Dayo Ojo of Eyinmba of Aba and Benjamin Iluyomade of Heartland were said to be on their way to Akure after their clubs declared a holiday for them following the coronavirus outbreak in the country.

The Tribune reports that the former players of Sunshine Stars of Akure were reportedly abducted at Ipele town on Benin-Akure Expressway in Owo council area of the state.

The state police image maker, Tee-Leo Ikoro, confirmed the abduction of the two players when contacted.

According to him, police detectives have been deployed to comb the area in order to secure their release.

Ikoro said that one of the players have been rescued by the men of the state police command.

He, however, did not give out the identity of the rescued player.

Ikoro said, “We have been able to rescue one of the players and our men are already in the bush after the kidnappers.

He added that “I will get the details of the incident as soon as I get the information from the Divisional Police Officer of Ipele Owo.”