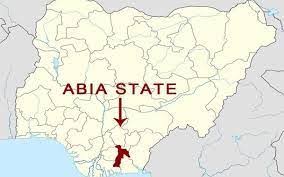 The Joint National Association of Persons With Disabilities (JONAPWD) in Abia has expressed joy over the emergence of their member as a traditional ruler in the state.

The News Agency of Nigeria (NAN) reports that Eze Anthony Ohaeri, a deaf, recently emerged as the Traditional Ruler of Umuezerola Autonomous Community in Umuawa-Alaocha in Umuahia North Local Government Area of the state.

Ohaeri was subsequently installed and handed over the Staff of Office by the State Government.

Excited by the development, JONAPWD, led by its state Chairman, Mr. Wisdom Okechukwu, visited the community to show its appreciation and gratitude over its choice of Ohaeri.

In a speech, Okechukwu said that the group was in the community to show how exceedingly happy it was over the development.

The group thanked the Abia House of Assembly for the passage of the Discrimination Against Persons With Disabilities Bill.

It described the acceptance and subsequent installation of Ohaeri by the State Government as a landmark decision.

According to Okechukwu, the act portrays the government as being well disposed to our wellbeing and inclusion in the affairs of the state.

He said that the bill had firmly assured them that they now have equal opportunities to participate in every aspect of life in the state with other citizens.

He said that the elevation of Ohaeri to the exalted position of a royal farher would strengthen their campaign against disability discrimination.

He said: “This is an era where discrimination of any kind is no longer acceptable anywhere in the world.

“Indeed, this community has further buttressed the fact that there is ability in disability.
“Also, we seek to use this opportunity to appeal to the community to continue to support Ohaeri to enable him to succeed in his service to the area.”

Responding, the President-General of the community, Chief Ndukaku Ogwumike, said that the emergence of Ohaeri as their traditional ruler was a blessing to the community.
Ogwumike said that the development had set a precedence for others to follow in promoting disability inclusion in society.

“We will establish the relevant machinery to promote peace, stability and progress in our community as our traditional ruler assumes his throne,” he said.

Also, the former Village Head of the community, Chief Dickson Ohaeri, said that he had always been an advocate for disability inclusion.

“Disability does not mean inability and I know physically persons that have made significant impact in different professions across the world.

“Therefore, the installation of the new traditional ruler, who is a deaf, is a welcome development to our community,” he said.

NAN reports that the Discrimination Against Persons With Disabilities Bill was passed into law by the state legislature on August 31. (NAN)