Home Opinion GOVERNOR BUNI AND THE FRAGILE PEACE OF POTISKUM 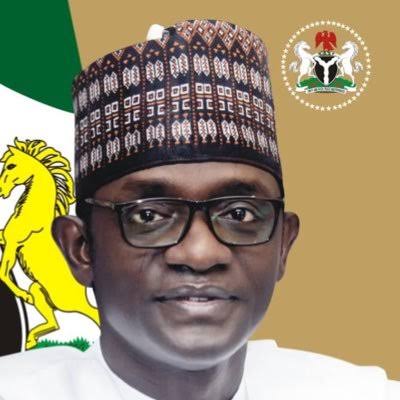 Pre and post colonial Nigeria had major cities reckoned for commerce, arts and culture, hospitality, religious tolerance and peaceful co-existence. From Azare in Bauchi State, Maiduguri of Borno, Gombe, Jimeta of Adamawa and others were only playing a second fiddle to the grace and glory of Potiskum of Yobe State reckoned as one of the largest cattle market in West Africa, the most cosmopolitan of all the North East cities; apart from Maiduguri which only added to itself the trappings and gains of international boundary advantages with Niger, Cameroun, Chad Republics etc.

Travelers to and from Kano, Maiduguri had Potiskum for a peaceful stop over to refresh, unwind and proceed to their final destinations. The city became a refuge spot for Nigerians and foreigners who relished the peace, unity and Pan African status, mindset of the people of the area, until the recent plaque of mindless and clueless ethnic animosities.

Historical records revealed that Potiskum started out as a twindom of indigenous tribes such as the Kare-Kare, Ngizimawa and other locals. The Kare-kare were more in number and in conjunction with the Ngizim and other tribes had a local but impactless chiefdom in the precolonial days. A little kilometer away from Potiskum was Fika which had a well established emirate, history and lineage of kings traced from 940AD, made up of the Bolewa, Ngamawa and other locals. The Bolewa kingdom of Fika was so developed that their kings were listed in a royal tree of Mois, maintained strict genealogy of kings, ruling houses, royalty functions such that no one served a Bolewa king cum emirate without a defined title. These titles were jealously maintained by the title holders, forebears, successors and the use of the title Moi was and still perculiar only to Bolewa kings.

Then came the British colonial masters whose role was to unite, harmonize the peoples of the area for a cohesive, central and united administration in furtherance of the British agenda and exigencies. Upon a careful tour of the area, that is Potiskum and Fika, the British harnessed all the tribes to form a central administration in Potiskum known as Fika Emirate in 1924. The British had to move the 41st Emir of Fika, Alhaji Muhammadu Idrissa to lead the local chiefdoms of the Ngizim, Kare-kare,

Ngamo, Hausa, Fulani, Kanuri and other natives in Potiskum for administrative convenience and socio-economic development of the area. The British enthronement of Fika Emirate as well as Bolewa leadership was met with resistance by the natives especially the Ngizim and Kare- Kare who were conquered by the Bolewa tribe. It is said that while the Kare-Kare tribe who are more in number had accepted the olive branch of the Bolewa for the peace and development of Fika Emirate and Potiskum community, the Ngizim tribe appeared unrepentant, un-bulged and resolute in their agitations at various dimension till date.

While the presence of Fika Emirate have resulted in the socio-economic development of the area and appreciated by all the tribes, the Ngizim tribe had always wanted to be independent, expressing bitterness to historical, colonial realities they consider too painful to accept. This led to heightened agitation for their self-actualization. Military regimes in Yobe State had managed the volatile agitation with tact, dexterity in view of the peculiarities of the Potiskum area, history and socio-political and economic considerations; the Bukar Abba Ibrahim in order to score political points succumbed to the Ngizim agitations and created Pataskum emirate in Potiskum.

Efforts were made to advise the Governor Bukar Ibrahim government to handle the emirate creation issue with caution by moving the new emirate to a town at the outskirt of the Damaturu- Potiskum highway, called Mamudo in order to avoid the volatile situation of having two Emirates and two Emirs in the same city, a sacrilegious act, but refused to act wisely in order to get his pound of flesh from the 42nd Emir of Fika, the late Alhaji (Dr.) Abali Muhammadu Ibn Idrissa whom he accused of supporting the Peoples Democratic Party (PDP) against the then All Nigeria Peoples Party (ANPP) now All Progressives Congress (APC) in Yobe State. The new Emirate of Pataskum honoured Governor Bukar Ibrahim with the title of Sarduanan Pataskum to appreciate the spin job of creating their long desired emirate.

The 42nd Emir of Fika, the late Alhaji (Dr.) Abali Muhammadu Ibn Idrissa, CON, lived to fight and suppress serious ethnic oppositions fuelled by the Bukar Abba Ibrahim Government. For a man of peace and all inclusion he was noted for, he honoured Governor Bukar Ibrahim with a chieftaincy title known as Makaman Fika; a title the former Governor flaunted with relish as a prove of forgiveness from the 42nd Emir of Fika. Yet the deep seated bitterness of the Ngizim tribe over the 1924 movement of Fika Emirate to

Potiskum by the British appears unassuaged in spite of the peaceful overtures of the late Emir of Fika. It has been obvious that the greatest wish of most Ngizim cum Pataskum Emirate people is the annexation, annihilation and extermination of the Emir and Emirate of Fika. While the late Governor Mamman Ali, a native of Ngizim tribe lived; reports had it that he had concluded plans to depose the 42nd Emir of Fika and send him on exile to Yola, Adamawa State. Indeed, the Kano-Emir Sanusi debacle would have kick started in Potiskum between 2008-2009 but for the death of Governor Mamman Ali.

The successor of the 42nd Emir of Fika, his first son, Alhaji (Dr.) Muhammadu Abali Ibn Muhammadu Idrissa, CON, the 43rd Emir of Fika who is apathetic to the political manipulations, affiliations and schemings of the area was only to inherit the unfinished battle, hatred and animosities meted to his father by the Ngizims of Pataskum Emirate. The Mai Pataskum , Alhaji Bubaram Ibn Wuriwa Bauya launched the initial salvo when he raised the “ethnic question” that the new Emir should not be installed in Potiskum which he claims as sole ruler in spite of the creation of distinct districts for the Emirates of Fika and Pataskum by the Yobe State Government. The early animosity graduated into deeper tribal hostilities when the incumbent Emir of Fika was attacked by a suicide bomber within the precinct of Potiskum Central Mosque. The suicide bomber who lost his target was discovered to be an Ngizim son.

The current but final stroke which is intended for the manifestation of the age-long annexation plan against Fika Emirate is the issue surrounding the Potiskum Old Prison facility which situate in an area known as Angwuar Bolewa, an area allotted by Yobe State Government to Fika Emirate as Kara District. For a people known for rich history and socio- economic consciousness, the Emir of Fika had sought and obtained the approval of the Federal Government to transform the Old Potiskum Prison facility into a Museum for the preservation of the historical artefacts of the Emirate. Unfortunately, upon the release of the formal approval to Fika Emirate, the Pataskum Emir and Emirate rose up to claim ownership of the area which the Bolewa tribe nay Fika Emirate had occupied for nearly a century. Infact, by 2024, the Bolewa tribe cum Fika Emirate would mark a century of the movement from Fika to Potiskum at the behest of the British colonial masters. Around the area of the Potiskum Old Prison is the Old Potiskum well, one monument which none of the tribes in Potiskum could lay claim of ownership, thus proving the fact that every tribe migrated to the area; indeed the city of Potiskum belongs to God!

Most disturbing and confusing are the recent claims on the Old Potiskum Prison by the Pataskum Emirate as House of Dawi surrendered by their old tribal ruler, which appears as a brazen attempt at the reconstruction of history for their aggrandizement. The animosities generated by Pataskum Emirate to the award of Potiskum Old Prisons to Fika Emirate for a Museum project appears as the masterstroke to their ethnic cleansing programme. This have resulted in the cancellation of the earlier approval to Fika Emirate by the former Minister of Interior, General Abdulraman Dambazau by the incumbent Minister of Interior, Ogbeni Rauf Aregbesola who now wants the Old Prisons to be used by for the establishment of a Female Custodial Centre.

From the grave vine, the Mai Pataskum, Alhaji Bauya, a retired Prisons Controller with the tacit sponsorship of an Ngizim son and Minister of State, Works, Alhaji Abubakar Ali and the present Controller-General, Nigerian Custodial Service are said to have made overtures to mislead the incumbent Minister of Interior, Ogbeni Rauf Aregbesola to deprive and cancel the approval given to Fika Emirate to transform the Old Prisons into a Museum. One could read between the lines that the motives behind custodial centre, undertaker moves of a former Prison Controller now the Mai Pataskum, the hidden support of the Minister of State, Works, Alhaji Abubakar Ali, whose late brother and Governor, Mamman Ali had planned to depose the 42nd Emir of Fika and sack the Emirate and its people from Potiskum as a manifestation of shrewd moves to annex Fika Emirate by subtle means.

In a release signed by the spokesperson of Fika Youth Movement, Abdullahi Barde, the group has alerted the world that should the proposed Female Custodial Centre project commence against the Museum Project which Fika Emirate had earlier gotten the approval of the Federal Government for, that the peace of Potiskum metropolis is not guaranteed! They noted that the prison area is within the Kara District allotted Fika Emirate by Yobe State Government and a location the Bolewa people had lived for 97 years, thus, the planned incursion and occupation of the area by the Pataskum Emirate under the guise of a Female Custodial Centre would not be tolerated. They also noted that Government should not site a project they do not need and advised the Minister of Interior to rather build the custodial centre within the Pataskum Emirate areas where their Emir could freely supervise as a retired Prisons Officer.

Finally, Fika Youth Movement has called on the Governor of Yobe State, Alhaji Mai Mala Buni to intervene in the matter as the Chief Security Officer of Yobe State, by advising the Federal Government to uphold the earlier approval for the transformation of the Potiskum Old Prisons Facility to Fika Emirate for a Museum Project to save the fragile peace of Potiskum metropolis. 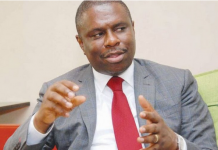 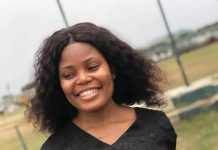 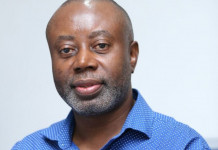