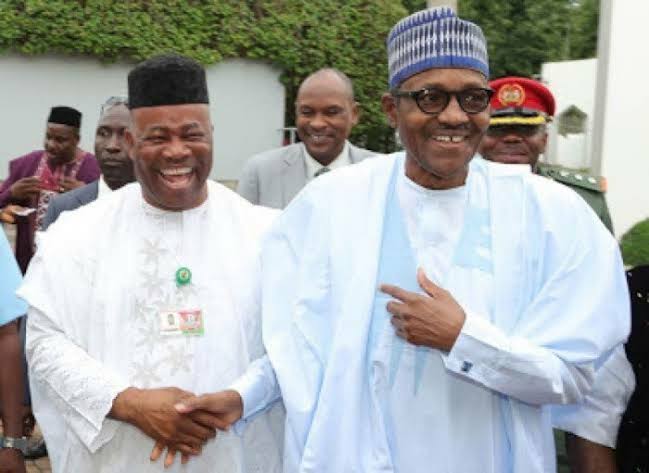 In an advertorial published in the Vanguard of Thursday, former chairman, Egbema- Gbaramatu Communities Development Council and former APC Senatorial Aspirant in Delta State, High Chief Michael Johnny, said, “I understand that the purported seven days ultimatum was to compel the Federal Government and Senator Godswill Akpabio to constitute the substantive Board of NDDC, but, the Oporoza meeting had a different agenda”

“However, I pass a vote of confidence on Senator Godswill Akpabio for the courage to visit Oporoza, which shows his commitment towards sustenance of the prevailing peace in the region.”

Chief Johnny stated further that, ” I understand that Senator Akpabio accepted to embark on that journey to Oporoza because he(Akpabio) does not want the disruption of IOCs operations and attacks on oil installations”