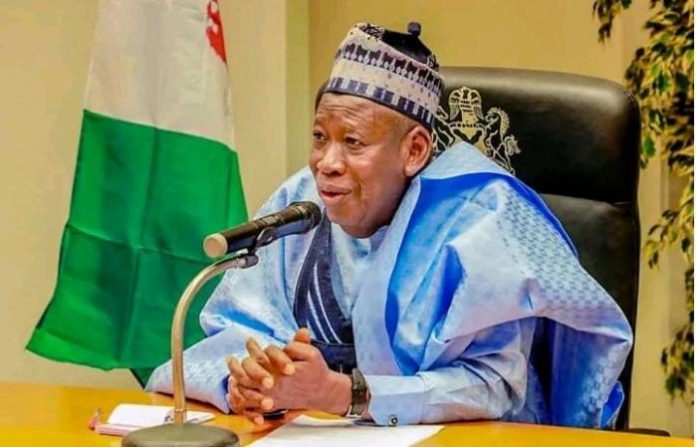 Gov. Abdullahi Ganduje of Kano State has condoled with the Emirs of Kano and Bichi, Alhaji Aminu Ado-Bayero and Alhaji Nasiru Ado-Bayero, respectively, over the death of their aunty, Hajiya Umma Bayero.

This is contained in a statement issued by the Chief Press Secretary to the Governor, Abba Anwar, on Saturday, in Kano.

The deceased was a younger sister to the late Emir of Kano, Alhaji Ado Bayero, and mother to the State Chief Judge, Justice Nura Sagir.

She died on Friday at the age of 88, after a brief illness and has since been buried in accordance with Islamic injunction.

Ganduje described the deceased as a gentle mother who contributed immensely to molding characters of children in the society.

“She was a centre of gravity, when it comes to discipline, humility, commitment to humanity, love for people and righteousness towards the Almighty Allah.

“She did well as a mother, as wife to her highly respected husband and as a community leader during her lifetime.

“Therefore, on behalf of the government and people of Kano State, I am extending this condolence to our respected royal fathers, Emirs of Kano and Bichi, Alhaji Aminu Ado-Bayero and Alhaji Nasiru Ado-Bayero, over the death of their aunty.

“I also extend the condolence to the State Chief Judge, Justice Nura Sagir, over this irreplaceable the death of his mother,” he said.

He prayed to the Almighty Allah to forgive her sins and give the family the fortitude to bear the great loss. (NAN)