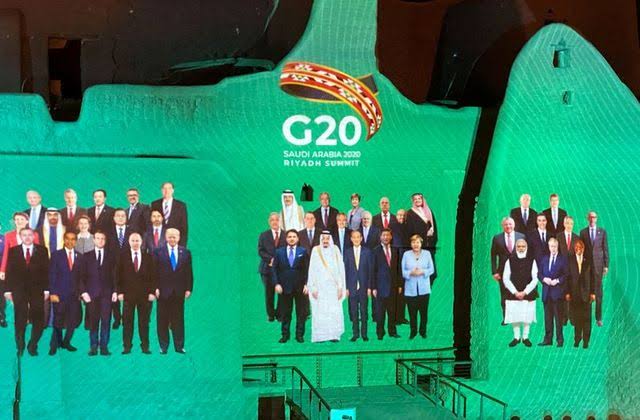 Leaders of the world’s 20 biggest economies say they will pledge to pay for a fair distribution of COVID-19 vaccines, drugs and tests around the world so poorer countries are not left out, a draft G20 communique shows.

The European Union has called for $4.5 billion by the end of the year from the G20 to pay for COVID-19-fighting tools for poorer countries.

Absent from the discussion was US President Donald Trump, who departed the virtual summit to head for a Virginia golf course as vaccine discussions were underway.

“We will spare no effort to ensure their affordable and equitable access for all people, consistent with members’ commitments to incentivise innovation,” the leaders said in the draft G20 statement.

“We recognize the role of extensive immunisation as a global public good.”

Vaccines made by Moderna and Pfizer could be approved within a matter of weeks.

German Chancellor Angela Merkel said the goal was to distribute 2 billion doses by the end of 2021, but more funding was needed.

“In order to halt the pandemic, every country needs to have access to and be able to afford the vaccine,” she said.

French President Emmanuel Macron said now was the time for the G20 to prove its worth.

“Are we going to be ready once the vaccine is on the market to guarantee its universal access and to avoid at all cost a ‘two-speed’ world where only the rich will be able to protect themselves?” he asked.

He said the G20 represented 90 per cent of the global economy.

“We have, in our territories, all the industries capable to produce the necessary health technologies against COVID-19,” he said.

“We will be judged by our results.”

The draft also calls on private creditors to join the debt servicing moratorium, which the G20 wants to extend until the middle of 2021 and possibly longer, and endorses a common framework for dealing with debt issues beyond that.

The leaders said the global economy was starting to pick up but the recovery remained “uneven, highly uncertain and subject to elevated downside risks”.

The leaders also recognised the specific challenges faced by countries in Africa and small island developing states, reflecting growing recognition that even some middle-income countries may need debt relief as a result of the pandemic.

Keen to be better prepared for any potential next pandemic that might come, G20 leaders also said they would commit “to advancing global pandemic preparedness, prevention, detection, and response” and “to the continued sharing of timely, transparent, and standardised data and information”.