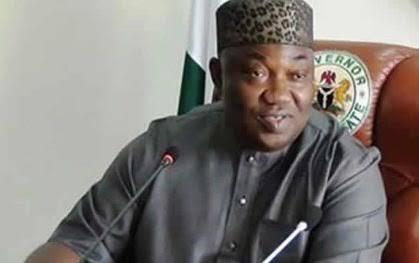 Two former governors of Enugu state, Mr. Sullivan Chime, and Sen. Chimaroke Nnamani, on Friday held a closed door meeting.
Reports said that the meeting was the first in 13 years after the two political allies went in opposite directions.

The meeting, which was held at the Agbani country home of Nnamani in Nkanu West Local Government Area of the state was at the instance of the Senator, who currently represents Enugu East Senatorial zone in the National Assembly.

However, details of the meeting could not be ascertained as the two hitherto estranged former governors did not speak to the press after the meeting.

Recall that the relationship between the two politicians turned sour in 2008 shortly after Sullivan took over office.

Nnamani was governor for eight years between 1999 and 2007 while Chime succeeded him and administered the state until 2015 all under the Peoples Democratic Party (PDP).