Forbes Africa disclosed this via its official Twitter handle on Tuesday.

Okonjo-Iweala joins other eminent Nigerians and Africans to have won the prestigious award.

She also becomes the first Nigerian woman to win the award.

“The 2020 #AfricanOftheYear Award honoree is…

“Congratulations to Dr. @NOlweala! Board Chair @Gavi; Board Chair @ARCapicity, gracing the cover of @forbesafrica,” the organisation tweeted. 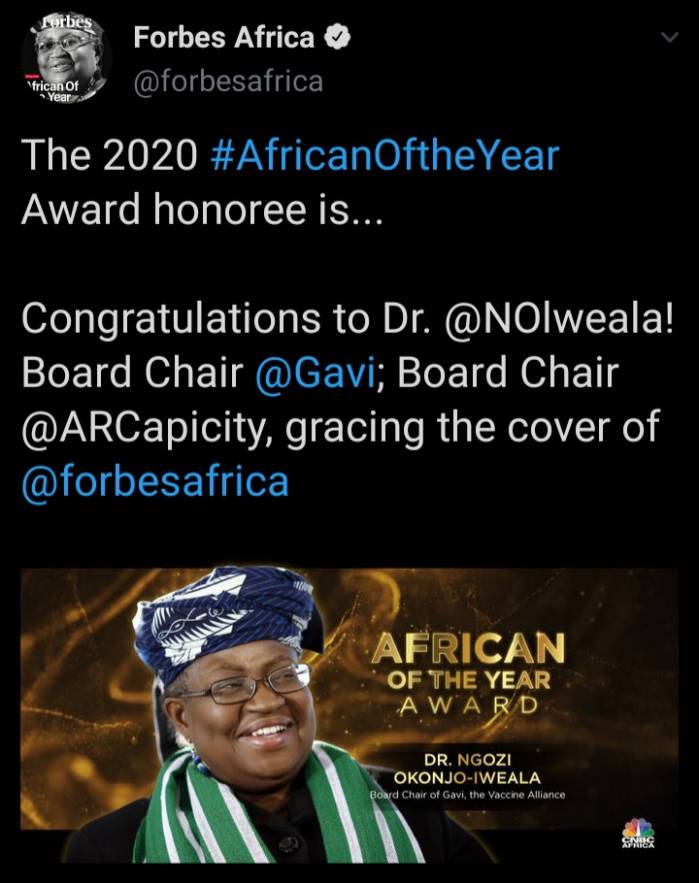 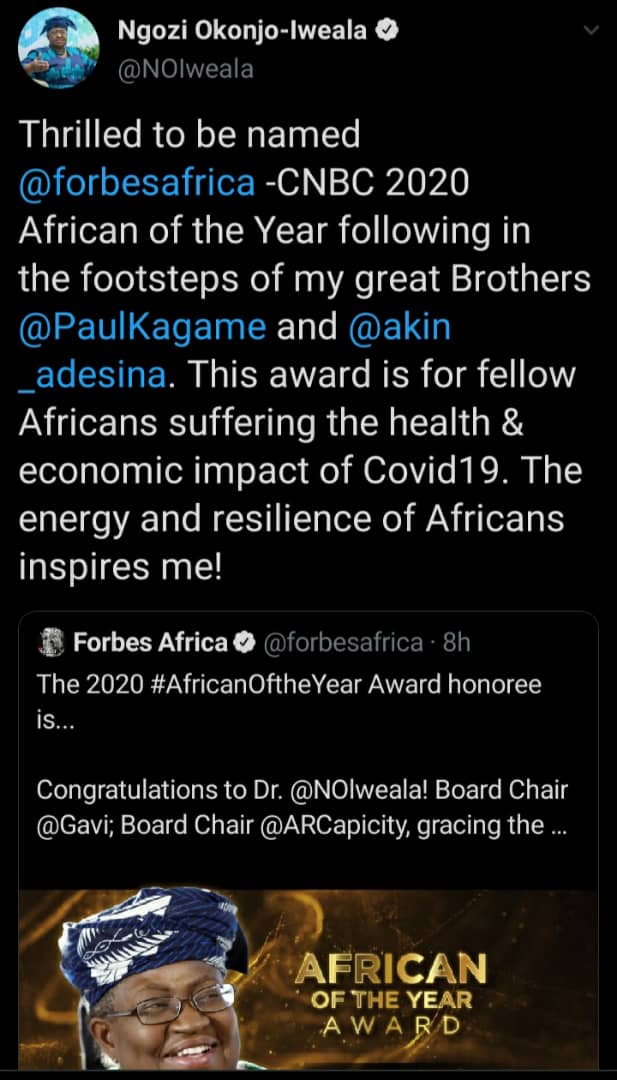 Nigeria’s Akinwunmi Adesina, and President of the African Development Bank (AfDB) is a two-time winner of the award, having won it in 2013 and 2019.

The 2018 winner was President Paul Kagame of Rwanda.

Some other eminent Nigerians to have won the award are Muhammad Sanusi II (2011), former governor of the Central Bank of Nigeria and Aliko Dangote (2014), president of the Dangote Group.

Reacting to the award, Okonjo-Iweala said she was thrilled to receive the award, dedicating it to “fellow Africans suffering the health and economic impact of COVID-19.”

She noted that she was inspired by the energy and resilience of Africans.

Her tweet read: “Thrilled to be named @forbesafrica -CNBC 2020 African of the Year following in the footsteps of my great Brothers @PaulKagame and @akin_adesina. This award is for fellow Africans suffering the health & economic impact of Covid19. The energy and resilience of Africans inspires me!”