The Speaker of the House of Representatives, Femi Gbajabiamila, has challenged Nigerian journalists to always focus reportage on what is good for Nigeria.

Gbajabiamila said the press was an integral part of the country’s democracy, hence the need for media practitioners to double-check their facts and ensure they were fair and balanced before going to press.

He said if the Nigerian democracy failed due to false press, it would affect all citizens, noting that it would cost nothing for journalists to be ethical and diligent in their work.

Receiving a delegation from the DAAR Communications, owners of AIT and RayPower FM, led by the chairman of the company, Raymond Dokpesi Jnr, the Speaker encouraged journalists to ensure proper investigative journalism that would benefit the country.

He said AIT and RayPower FM had been doing well in their reportage of activities around the country, but added that “we’re not there yet.”

He said: “There’s a lot of duty, ethical duty, to be apolitical and report accurately. The National Assembly, sometimes due to its own making and sometimes not, has got a lot of bad press. The sooner we realise we’re hurting ourselves, the better.

READ ALSO: Nigerians In Diaspora Can’t Vote Until We Amend The Constitution – Gbajabiamila

“My charge, my hope and my appeal are that we begin to focus properly on what’s good for Nigeria,” Gbajabiamila said.

He told the DAAR Communications team: “Your organisation is important. I believe we probably need you more than you need us. The media is an integral part of democracy, because it can frame or change narrative.

“It’s because of the capacity of the press to change the narrative of what’s happening that we set up the Green Chamber magazine. It’s often said that you tell your story the best way you can.

“Most of us see stories that are far from the truth, not even close to the truth. When journalists think they’re hurting the National Assembly, they’re only hurting the country.”

Earlier, Dokpesi Jnr thanked the Speaker for sending representatives to the last town hall meeting organised by the company.

He said the company came up with the idea of the town hall meeting as an avenue to bring all stakeholders to discuss national issues that would benefit Nigeria.

Saying they hope to promote the good ideals of democracy using the town hall meetings, the DAAR Communications chairman sought for the understanding of the House to achieve that. 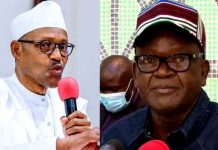 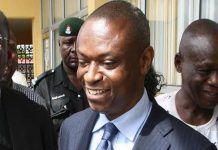 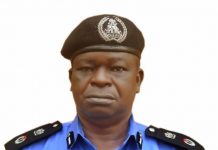 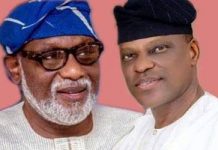