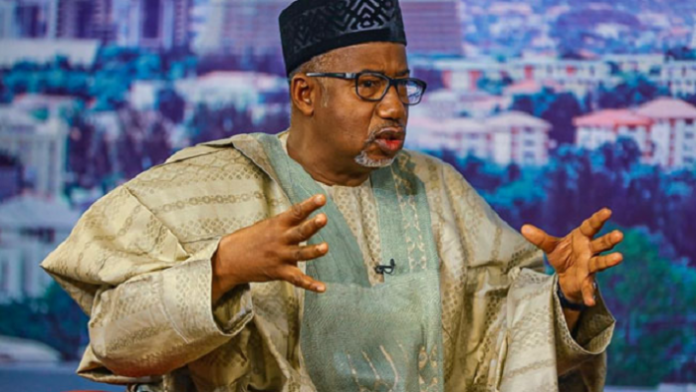 Gov. Bala Mohammed of Bauchi, on Saturday, commiserated with the victims of flood  disaster which destroyed over 170 houses at Cheledi community in Kirfi Local Government Area of the State.

The flood triggered by torrential rain on Friday resulted to the over flow of water from the surrounding mountains to submerged the community, destroyed houses and displaced about 1,200 persons.

Mohammed, who paid a sympathy visit to the  community, said no life was lost in the disaster and urged the victims to take it as an act of God.

He said the state government would conduct a damage assessment exercise with a view to provide emergency intervention to mitigate the sufferings of the victims.

“The disaster is devastating due to the level of destruction of houses and property,” he said.

According to him, the state government will adopt proactive measures to control perennial flooding in the area.

Mohammed tasked community and religious leaders in the area to be fair and just in the distribution of the temporary relief items provided by the state government to support the victims.

The governor urged the communities to maintain high standard of hygiene to guard againts outbreak of diseases associated with flood disaster.

The governor donated two trucks of food and non-food items for distribution to the persons affected by the disaster.

Also speaking, Mohamhed Umar, the District Head of Kirfi, commended the gesture, saying that the distribution of the relief items would assuage the suffering of the displaced persons.

Umar called for sensitisation activities to create awareness on the dangers associated with illegal erection of structures on waterways and encourage environment friendly habits to check flooding in the area.

“When we had flood disaster last year, you sent a powerful delegation to commiserate with us.

“Over N10 million was provided and shared among the victims, it really assisted the victims,” he said.

Some of the displaced persons, Ali Audu and Mrs Hauwa’u Aliyu, urged the state government to ban constrution of houses and other structures on water ways in the area.

They said the flood was caused due the lack of drains to ease flow of water and control flooding in the area.

“Water rushing from the mountains destroyed houses on its way.

“Some of the displaced persons are taking refuge in schools and relatives in the community.

“We want the government to enforce compliance with the ban on construction of structures on  water right-of-way to control flooding,” Audu said.. (NAN)